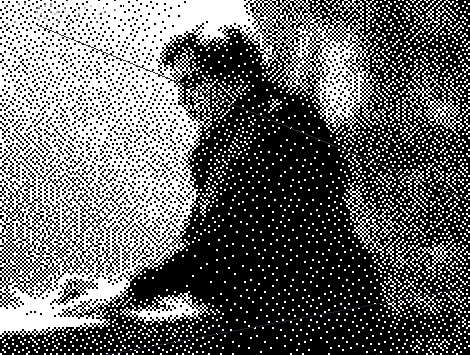 Trevor Owens interviewed Rhizome Digital Conservator Ben Fino-Radin for the Library of Congress blog on digital preservation, The Signal. In the interview, he discusses Rhizome's ArtBase collection, including work like Barbara Lattanzi's The Letter and the Fly (2002) and Lev Manovich's Little Movies (1994). He also talks about the role the collection plays in the Rhizome community as well as his unique job with the organization:

Ben: Currently the collection is used most heavily in academia, and by curators and researchers. Many professors of new media integrate the ArtBase into their lesson plan, designing research and curatorial assignments centered around the students using our members tools to curate exhibitions.

Trevor: I don’t think there are many people out there with the title of digital conservator. Could you tell us a bit about how you define this role? To what extent do you think this role is similar and different to analog art conservation? Similarly, to what extent is this work similar or different to roles like digital archivist or digital curator?

Ben: I drew the distinction with my title for two reasons: 1) I am at the service of an institution that lives within a museum, and 2) the digital objects I am cataloging and preserving access to are not “records” by the archival definition. They are artifacts – and as such require a different kind of care.

I am responsible for the stewardship of intellectual entities that are often inseparable from their digital carriers, due to the artist’s exploitation of the inherent characteristics of the material. It calls for a high degree of regard for the creator’s intent, and a thorough understanding of the subtleties of the materials. A digital archivist tasked with preserving the records of an office probably isn’t going to wonder if the use of Comic Sans in the accountant’s email signature has artifactual significance.

Of course the lines are much blurrier than that and there plenty of examples of people with the title “digital archivist” or “digital curator” doing significant work on preserving the subtle artifactual quality of digital materials (not to mention the incredible people who are contributing to significant projects in their spare time). This is a new phenomenon though, where you have individuals with the title “archivist” or “curator” devoting a level of care to documents, that with paper materials would be the work of a document conservator.

While I would hesitate to compare the two, I think that the conservation of digital artifacts, and the conservation of objects, documents and the like, at their essence hold many similarities. They both require an empathy for the artist, expertise with the medium, and understanding of the proper environment. Sometimes I go to the Greek and Roman galleries at the Met, and daydream about what net art from the 90’s will look like hundreds of years from now....