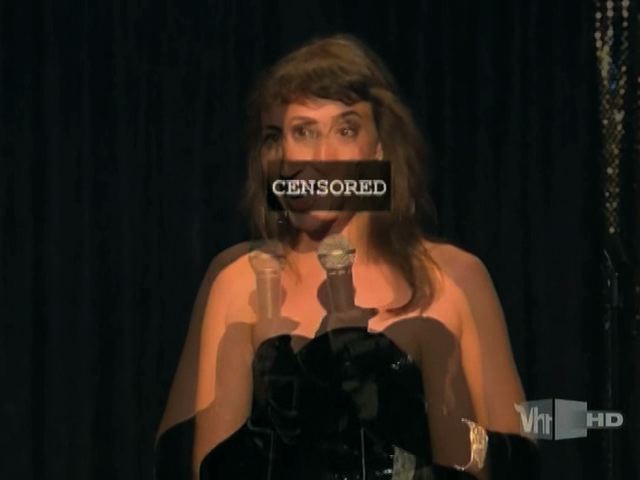 Having appeared as a recurring character on various reality television shows such as “Frank the Entertainer,” would you consider reality television to be an artistic medium that you work through? If so, are there any important attributes specific to it? Were you interested in reality television due to the wide audience that it could offer your work?

“Medium” is a tricky word here because most other media bear the ability to become a craft to an artist, one you can mold, shape and learn to use better and better over time. Reality TV is more like a grab bag. You never know what’s going to happen. So, if it is a medium, it is not a medium that you, as an artist, are ever really in control of. Someone else is calling the shots--the producers, storywriters and editors.

I currently think of reality TV more like a landscape, in which I can appear and reappear in different places in various ways.

I went on “Frank the Entertainer…In a Basement Affair” to just be this anomaly. To get the non-art audience who might see me to scratch their heads for a minute and say “Hey what is this girl doing here? I’m used to seeing girls that look and act like X on these shows.” And then, after I sang the dirty rap song, which was completely incongruous with the woman I had been portraying up to that point, to have audiences see that I was not who they thought I was—that none of the girls on these shows are.

Building on the last question related to reality TV, are there some instances on air in which you’re mainly acting, and others in which you’re “performing” more in the vein of “fine art”? How do you differentiate these practices? Is reality TV a content generator and refined by your live performances?

Within performance art there is always some kind of acting but within acting there isn’t necessarily some kind of artistic intent. I place the entirety of my practice within the vein of “fine art.” At times that means I act. Sometimes, I act more than other times, it depends on the circumstance.

I view my time on reality TV as both performance and research. With “Frank the Entertainer”, I found that acting less during the time I lived in the house and engaging more with others gave me more camera time, whereas acting up during the confessional time gave me more camera time there. However, on “Oddities” on the Science Channel, one of my more recent appearances, that was more like an improvisational scene we had to play out. These performances are mainly intended for non-art audiences, as a way to disrupt their normal TV viewing experience. The data I gather from participating in these shows is then distilled to create art pieces intended for an art audience. This is only to say that I believe the context in which you view something is important. Someone who enters an art space comes prepared to watch an art video or a piece of performance work. So I use that context to create a more nuanced and abstract piece that might be too complicated for television.

While performing as Caroline, or Scandalishious, the wildly popular hipster Youtube vlogger, you portray a woman who is simultaneously overtly sexual, extremely confident, and sometimes intellectual. I remember previously asserting that Caroline was a natural character for you, as you seem confident on camera through and through, to which you replied “I forget about how good I’ve gotten at fooling everyone.” Was Scandalishious a way to experiment with being simultaneously confident, sexual, and intellectual to a public audience, as heretofore women in popular media are rarely, if ever, characterized as such?

My original intention was to portray a girl who was both sexual and human, because back in late 2007, early 2008, I wasn’t seeing much of that. I saw either women who shook their butts for the cameras and didn’t talk, or girls who were talking but were afraid to be sexual. I wanted to be someone who was both, so the media would start having examples of this. I say sexual and human versus sexy and smart because in reality, not everyone is smart and our definition of sexy is perverted. But everyone is human and everyone is sexual. The problem with today’s media is the dehumanization of the sexualized woman.

But my art has always been therapeutic for me so I had a personal investment in this performance as well. While I was growing up and becoming a woman, I hated myself. I knew I was smart but other than that I thought I was just a disgusting girl that no one could be sexually interested in. I started performing as Scandalishious because I was tired of feeling that way. Or at least, I was tired of appearing as though I felt that way. So I started pretending I thought I was sexy and I quickly learned that if I pretended to be confident, people would believe it. And then I actually became more confident as a result. And ultimately I’ve gotten better at realizing that I’m not defined by my looks.

Would you consider your work “feminist”? If so, what is your personal definition of the term—or do you think an objective definition exists? I’ve previously written that your work “extends conversations on female intellectuality and sexuality began by artists such as Valie Export, Andrea Fraser and Adrian Piper, and that of parody mastered by Cindy Sherman.” Do you consider yourself as part of this lineage?

Feminism is simply the belief that men and women should be equal. So yes, my work is feminist because the humanization of both genders (and anyone in between) is the end goal.

All those artists you’ve mentioned have been extremely influential for me and I would be honored for anyone to consider me part of that lineage.

Where do you think is the most crucial forefront for feminist work—popular media? The art world? Social work? 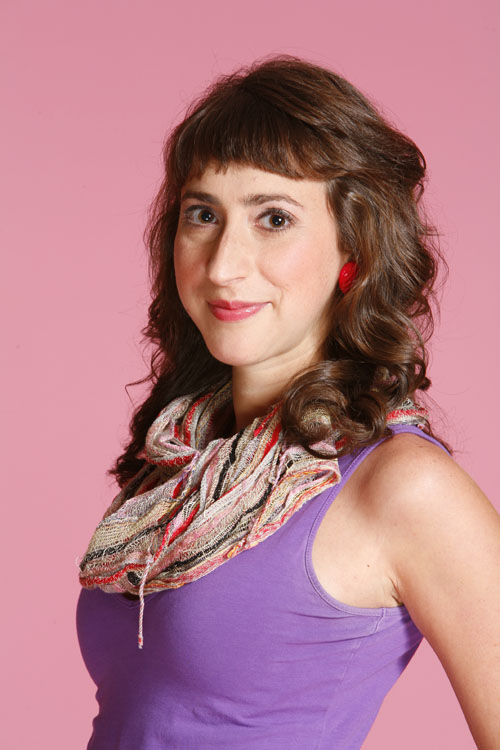 I was, what I like to call, a "classically trained artist" in the sense that I spent hours after middle and high school days drawing bottles and models in a drawing studio and in the summers I spent time oil painting on farms in Baltimore County.

But in college, after various art history courses, I realized, that as much as I loved it, it wasn't the right medium for my...unique expressions. So after a brief foray into sculpture, in my junior year I took up video art and began to teach myself how to use a camera and edit.

Technology used to really freak me out and I hated it. But once I learned how to use a Mac computer in college I got into it. I picked up some skills in undergrad and grad school and have learned the joy of cables. I have a problem where I can’t say no when someone offers to give me a cable. I have a small collection of tangled cables in my closet. My favorite cable is a 30-foot RCA.

I don’t use much traditional media at this point. Occasionally, I like to draw still and it is often based within pop culture or my own emo girl experiences. One time I drew a picture of Boxxy and the banana from peanut butter jelly time. Then I drew Frank the Entertainer as “Two Fridas” to illustrate the two sides of his personality.

I’ve been writing a lot and it’s been a great way to flesh out a lot of my ideas and feelings.

I work for a performing artist who is more involved in the theater world than the art world but I learn a lot from her both logistically and creatively. She is also involved with a lot of great non-profits who work to help women so I get to do fun things like read the UN report on rapes in the Congo and talk to survivors of self trafficking.

I call them the big five and I enjoy counting them out on one hand: Cindy Sherman, Andrea Fraser, Jill Magid, Alex Bag, Laurel Nakadate. There are others of course, but the work of those five women has played a really key part in me understanding my own work.

I’m also endlessly influenced by popular culture, which is my true passion and obsession.

In college I collaborated with artist Yu Araki. We made weird videos including one about a family in which I played an alcoholic baby and Yu played my father who fetishized chicken. We also made a piece that, now looking back, I can see was a precursor to my Scandalishious videos called Poopism. It was about me, as an artist and my manifesto on art called Poopism. It won second place in a competition at the St. Louis Film Festival and Terry Zwigoff (of Bad Santa and Art School Confidential) was the judge. He really liked it and that made me feel really happy. http://www.youtube.com/watch?v=dLQjkQ4y9lw

More recently I collaborated with fellow performance artist Genevieve Belleveau aka Gorgeous Taps. We produced a Facebook reality show, in which contestants competed to be Gorgeous Taps' best friend by completing challenges that displayed their abilities to use Facebook to gain social capital. It became really psychologically intense for the contestants and for ourselves so that project is still sort of on hold.

There is a special place in my heart for art history but I just don’t have time for it now with my busy schedule of reality TV watching.

When I was in school I read more (now I just read blogs) and there are a few books that have stuck with me. “The Reality of Being Watched” by Mark Andrejevic is to this day the best theory book I’ve read. Andrejevic uses reality TV to accurately describe the surveillance culture we live in today. It helped inspire me to go on reality TV. I also love Andrea Fraser’s “Museum Highlights” and anything by Tom Sherman.

It really annoys me when people try to dress up projectors. Like make an installation around one to match a video. Or when people try to make technology invisible by hiding everything. Helloooo people we know it’s there. If you hide it I just spend ten minutes trying to figure out where it is. These seem to be lingering art world prejudices against tech.