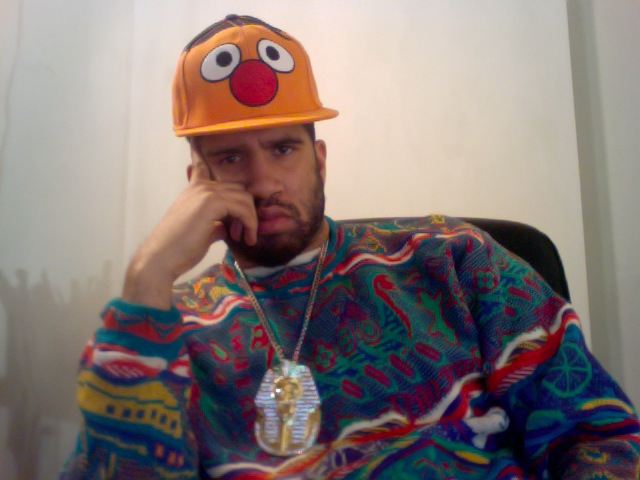 A few weeks ago, Electronic Arts Intermix hosted an evening with the newest edition to the EAI galaxy of stars, Jayson Scott Musson. Better known as his online persona Hennessy Youngman, host of ART THOUGHTZ, a series of lectures in which he discusses everything from Bruce Nauman to the Sublime. Musson's work—originally availably only through Youtube—will now be archived and distributed by EAI. The move was roundly thought of as bizarre—especially since EAI will begin charging rental and purchase fees for works that have been and will remain visible free of charge on Youtube.

While Youtube may provide an invaluable service for anyone trying to circulate their work, it is important to remember that Youtube plays by its own set of rules. Musson described his frustration when one of his first videos to garner 100,000 views was removed for language violations. He was unable to replace it with a clean version or communicate with anyone at Youtube. Previously, Youtube has censored work by artist Petra Cortright. While Youtube may seem like an online space designed to allow users to share whatever they want, it's really an institution that controls the content it allows online.

Furthermore, though Youtube has incredible archival potential it remains an unreliable archival source. While ART THOUGHTZ  is currently on Youtube, there's no guarantee it will remain there in the future. EAI has a function that may involve pulling works from their original contexts, but ultimately ensures not only that artists' work is reliably available, but also that they recieve compensation for that work. No one balks at EAI's preservation and distribution of The Medium is the Medium, a 1969 collaboration between WGBH and emerging video pioneers. Though made for broadcast TV, you'd be hard-pressed to find it there today. The same could be true of ART THOUGHTZ.