A Puppet's Show
By Yin Ho 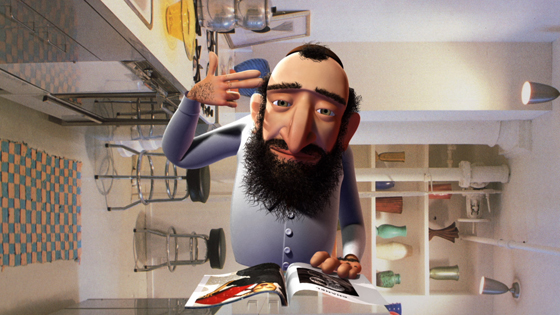 The central figure in Jordan Wolfson’s Animation, masks (his video which showed at Alex Zachary Peter Currie until recently) is only visible to his torso, like a Jack-in-the box. He’s a caricature who lip-syncs borrowed text while making gestures and expressions that seem cinematically familiar. He's not comprised of anything; rather, he's composed through appropriation.

The character repeats and repeats Richard Brautigan’s Love Poem, heralding a morning without falsehood. In the piece's most powerful segment, he's the face for two emotional and articulate individuals whose frank sexual conversation showcases the distance between lovers who, even with their privileged understanding of one another, can't bridge the difference between empathizing with someone and embodying oneself. 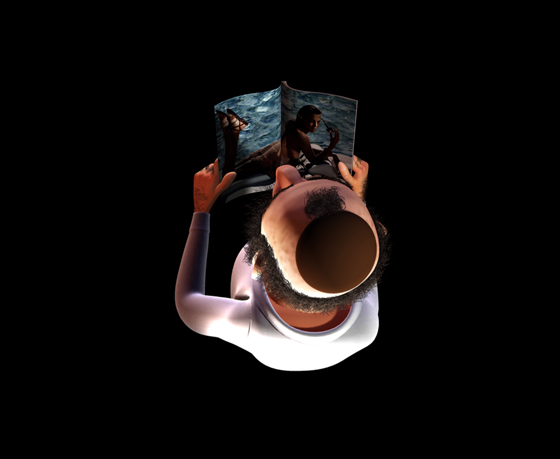 That sliver of difference between subject and object and the impossibility of fusing within and without defines the piece. Wolfson has created a compelling synthesis of consumption where the distance between an observer to their object of attention or affection is small but vast. An adept receiver of popular culture exists under his character's mask of mimicry and enactment; one who inhabits references by parroting them. Animation, masks is that absorptive sponge's clearly rendered dream.