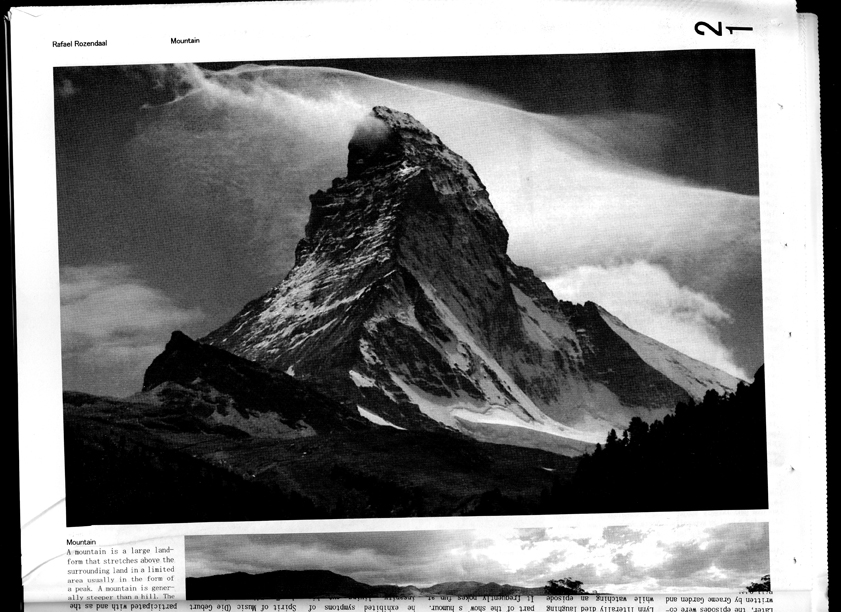 A page from David Horvitz's A Wikipedia Reader,2009

“Very few people are being promoted into the humble, hard-working positions which make Wikipedia work.”
- Robinson Meyer via The Atlantic

Earlier this month Wikipedia held its annual summit in Washington, DC. Afterwards, The Atlantic summarized the event in an article outlining how Wikipedia is slowly running out of admins to edit the site’s content. A trend is emerging. Fewer people are applying, and the current editors are slowly leaving. The long-term future has a flicker of uncertainty. To spark some discussion, I surveyed four artists and writers about the decline. We can all speculate what effects a decline in editor participation will have on Wikipedia as a global knowledge-base, but what are the implications for artists who use it as a tool for research and making work?

Lori Emerson
A healthy creative practice in the 21st century demands a baseline level of unencumbered access not just to information but to a broad range of cultural practices in general. While some of the most successful artists of the digital age are, as Mark Amerika has put it, 'remixologists' of information and culture, such a practice isn't sustainable without grassroots archives to draw from such as Wikipedia. For my own work, Wikipedia has long been a crucial entryway to information on the history of computing and digital art - Wikipedia pages on these topics are remarkably detailed and informative in ways often unmatched by books or print-based articles. I fear that the potential decline of Wikipedia would not only severely impact creative-critical practices but it also indicates more broadly that while we have made tremendous strides in opening access to information, we do not yet have any strategies in place for a long-term curatorial practice of maintaining and preserving this access for future practitioners.

David Horvitz
It's hard to discuss what the implications for artists are because artists have very specific agendas. I don't think there is a way to answer this question in general. But instead, looking at specific practices and intentions. My Public Access project would have resulted very differently if there wasn't a Wiki community behind the scenes who caught on to what I was doing. First, it would have been easier for my images to sneak their way into Wikipedia without getting taken down. So in that sense, my original intentions would have happened more efficiently. But what wouldn't have happened would be the exposing of this process of standardizing images, and these conversations... the project implicated the community of Wikipedia editors into the work. In a sense, I crowd-sourced them. Their conversations behind the scenes of Wikipedia, debating on whether or not my images (photographs of California beaches that all happened to have what seemed to be the same person, me, standing on the sand and looking out at the ocean) should be left on the articles or removed, were "repackaged" into the project. It exposed this fascinating background to the articles, of basically people deciding how things should look. Defining a standard for the image.  I didn't actually interact with any of this. I just watched it, then copied and pasted the conversations into the project.

Jesse Darling
Wikipedia is one of the statelier, more institutional landmarks in the newbuild sprawl of Web 2.0. As such it's become a common reference point for a generation of artists who grew up wholly or partially online - a known node on a collectively navigated map, equally important for its aesthetic properties as for its functionality. If it's facing a demise I guess it will slowly fade out of fashion while the users drift off into using other platforms - until it just looks like a prototype for what came next, and/or comes to symbolize something in the cargo cult of branded mythologies. I'm not sure that Web 2.0, driven by induced demand and precarious entrepreneurship and this relentless push toward fortschritt uber alles, is really capable of the TLC called for in that Atlantic piece - and I'm not sure that any one platform, however deeply meshed in user culture, is too big to fail.

I personally use it a lot as a gateway to more in-depth research or to hone my thought process about something, if only because it comes up first in a Google search. I've become accustomed to the rhizomatic navigation, which is like thinking aloud in the way that clicking through a series of connected ideas or events can be; I mean, I start somewhere and end up somewhere quite different, and this is how work gets made in general. But I couldn't tell you if this is particular to artists, and I suspect it isn't [unless you count the screenshot trolls and the media nerds who are busy archiving the history of data aggregation and distribution or whatever]. YouTube works like that too, after all. And however well administrated, Wikipedia was never [yet] taken seriously as a real alternative to academic research and referencing, with the result that serious artist-researchers are more likely to be found in libraries or field studies on pain of PhD. Should Wikipedia fizzle out, I guess I'll just find other ways to chase down an idea: without the staid impartiality of Wikipedia we'll all be sifting through fansites and weird floating detritus that belongs in the darkweb. But then again, it's the process that makes the work, and I'm used to working with what I've got, so {{shrug}} onward and wherever.

Kenneth Goldsmith
The abandonment of Wikipedia would create a massive utopian playpen for artists,  whose job it is to undermine singular authoritative readings of anything. To the contemporary artist, the entirety of Wikipedia is begging to be detourned into poetry. Once the guardians abandon the prison, it belongs to the inmates and that's where the fun begins: "knowledge" is transformed into misinformation, misreadings, anti-authority, materiality, anarchy. The sooner the wardens leave, the better.