Dave Greber's The Fool, The Hierophant, The Devil and the Wheel

There's a rather distinct cadence to the way that people communicate in your pieces with characters often having their dialogue cut up, displaced and de-contextualized. It seems to simultaneously give them a stilted, artificial quality but also seems very true to how we're coming to communicate with text messages and the forced brevity of Twitter. Do you think that we're learning to speak from commercials?

Commercials, in their contemporary form, have their own built-in morality and sanity which are influencing the world in ways we don't fully understand yet.  Is it possible to say anything "true" in the form of a commercial?  Or, is the form, itself, inherently corrupt?  A big-picture goal of my work is to fully harness the effectiveness of capitalist messages, for communication of real value, without satirizing them.  I think we are all going through this struggle as we learn to re-communicate, every few years or so, with each new advent social media.

It seems that the majority of your videos are presented (even online) as loops - why do you think that you are drawn to the loop as a formal and narrative device?

Much of my work, exists in a sort of purgatory, where beginnings and endings aren't as apparent as in most forms of cinema.  In my experience, exhibiting my work in the form of a linear-narrative leaves audiences baffled and uncomfortable.  But a loop is a much more natural shape for my work.  A loop gives the viewer an opportunity to linger with it if they are intrigued, or leave it behind if they want to.  When I started giving the audience that power, my work became much more effective.   There's a real elegant formal and narrative strength to a perfect loop.

A perfect loop provides my work with a strong narrative and elegant form.

The Wheel has a very spiritual presence (its characters almost cult like in their insistence and seriousness despite the humorous dialogue) but the opening and closing of boxes is reminiscent of Deal or No Deal or the show-and-don't-tell sales tactics of early morning infomercials. Is there an aspect of our conflation between commercialism and spiritualism that you hoped to explore with these pieces?

A spirit that I am most interested in evoking with my work, is one who speaks in every language.  I connect with contemporary media that seems to cross all cultural boundaries and expresses a narrative that humanity as a whole seems to associate with.

The Wheel, which was part of a larger installation at the Prospect 1.5 biennial, was a tactic of exploring the forms in which our spiritual world manifests itself in pop-culture.  Deal or No Deal is syndicated in "like 100" countries, in the exact same format, in almost every language on earth.  I found this very fascinating (because at first glance it seems like the stupidest thing in the world), and I wanted to explore the archetypal narratives that people find so appealing in so many different cultures.  I broke the show down to it's essential characters and movements and applied each one to a corresponding card in a tarot deck, in order to gain mystical insight into this contemporary pop phenomenon. 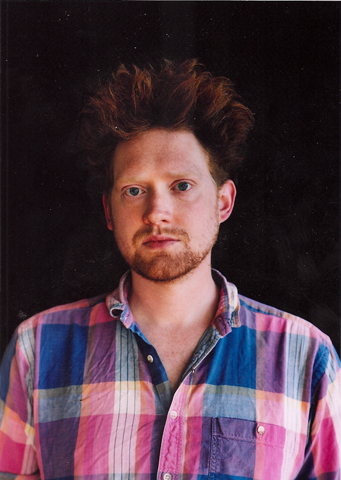 I attended a vocational high school in the suburbs of Philadelphia and learned non-linear editing and television production.  It was geared mostly towards developing skills that would make a person a freelance videographer, or a commercial producer.  I tasted both professionally and decided that it was not for me, but the skills I developed were invaluable to my art and I am grateful for the experience.  It's been about 13 years now that I have been working with new media.

I create video collages with subjects that I shoot with HD video.  I first started using a VHS camcorder (and 2 VCRs to edit) when I was about 12, shooting horror story adaptations with my friends.  Since then, I have steadily produced videos using various types of editing equipment.

At the moment I use and Panasonic HVX, Final Cut Pro, After Effects, Photoshop to create my videos and I exhibit with a mixture of discarded consumer equipment (CRT TV's and DVD players) and industrial, solid-state media players.

I went to Temple University to study Film.  At the time, I thought being a director of experimental films was going to be my only outlet as a creative linear-media maker.  When I started showing a film-festivals, I became so disappointed at how shallow the insight was into the work, and I started searching for other outlets to exhibit my creative work.

Presently, I am a candidate for a Masters Degree in Digital Art at Tulane University.

My recent installations are as influenced by traditional media like paintings by Henri Rousseau, Eastern mythological illustrations, and modernist sculpture, as they are by slot-machines, advertisements, and corporate jargon.  I use my work to unite these these forces in a cohesive way.

I personally film about 95% of the material that I use in my videos, as opposed to using CGI, or stock or pirated images from the internet.  I feel a personal connection to all of my footage.  I go out on field trips on my bike to shoot clouds and trees, when I know, it would be much easier to use the existing millions of generic cloud videos on YouTube.  But what's the fun it that?

I work with the NHP Foundation, a non-profit which provides affordable housing and resident services for low to moderate income families.  They run a lot of great afterschool programs for kids, and I document the programs or make music videos with the kids.  http://www.youtube.com/watch?v=OsBdaXTdlqE

At my art collective, The Front, we offer lectures and and art events, free of charge to the public in a diverse neighborhood in New Orleans:  www.nolafront.org

What do you do for a living or what occupations have you held previously?  Do you think this work relates to your art practice in a significant way?

Working for advertising agencies really solidified my opinion that advertisers detest their audiences.  They have to think of their audiences as less than human in order to cope with the trauma that they inflict on our society through a furious attack on truth, peace, sanity.

A pivotal moment for me, professionally, was when I was asked to make a pro-life hotline commercial on behalf of a coalition of used-car dealerships.  I was desperate for money and I considered taking the job even though it was at direct opposition to what I thought I stood for.  I guess everyone faces certain dilemmas like this, when you have the chance to ask yourself "Where do I stand politically/spiritually/socially and am I willing to live by those convictions when it's not convenient anymore?"

Anyway, I definitely use a lot of the skills and manipulative techniques that I learned from television/advertising in my artwork.  I think an important job of contemporary art is to usurp the tools of capitalism against itself in order to educate, illuminate, and express truth.

I grew up horrified and fascinated by the Duchamp room at the Philadelphia Museum of Art.  I have revisited his work every few years since I was young and his work appeals to me on different levels every time I see it.

A few years ago, a friend sent me links to Ryan Trecartin's work, and I could barely watch it because it affected me so emotionally.  Seeing his videos for the first time made me think that I had wasted every effort to conform my work to the expectations of other people.  His work was a motivating factor for me to leave my insecurity behind pursue my art-as-a-lifestyle seriously.

I consider myself a product of the New Orleans art scene.  My fellow New Orleans artists and curators are so supportive, and there are so many opportunities to show work, that it has left a huge impact on my work and confidence as an artist.  I'm a member of an art collective, The Front, and I think we all elevate each other's work through encouragement and friendly competition.

I feel like everything I make is a collaboration.  I approach art like a film and I need help from a lot of people to make my vision possible.  I try to involve everyone around me in my projects and keep things as inclusive as possible.  Right now I'm working with furniture maker, Matthew Holdren and my girlfriend, and fabric artist, Katie Gelfand on an installation.

My collective The Front, has collaborated a few times in big group projects like this one in Raleigh with the collective Lump:  http://www.indyweek.com/indyweek/raleighs-team-lump-and-new-orleans-the-front-create-an-homage-to-drop-city/Content?oid=2567114

Yes, I am currently pursuing my MFA at Tulane University, here in New Orleans.  It is interesting for me because I have never really had an art history class until now.

I like Bill Viola and I generally read spiritual texts for inspiration.

I had my first show in NYC this September.  I exhibited and large 7-channel installation in the form of a alter to my personal creative deity.   A guy at the opening at the beautiful, new C24 Gallery comes up to me...

guy:  "Oh, I get it, you could sell this to a restaurant and they could put whatever they want on the televisons, like a menu or something!"

me:  "Nah, you cant do that.  You need to show what's on the screens because thats what the art is."

guy:  "Yeah, I see what you're saying but, you could potentially put anything on your screens after you buy the piece."

me: "No, you cant!  You wouldn't buy a painting and paint over the canvas with a menu for a restaurant! Why treat video-art like that?

So, I guess I am concerned that people will take my installations and usurp the content for commercial ventures.