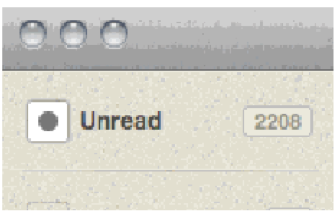 It becomes a question of time and digest. I can still concentrate for as long as I could 10 years ago, but choose to distribute that concentration on more pieces of information. I know a lot but on a shallow level. From time to time I clear my subscription list and start from scratch with the goal of keeping it short. I think the key to a working relationship with data is selection and filtering, a state of mind, not an upstream piece of software. What do you work on right now? Where do you see social media art going in the next years? Right now, I am working on interactive exhibits as an interaction designer at The Product, a small design studio in Berlin. While I am not currently working on a specific art piece, I am constantly collecting ideas on issues that have to do with social media. More recently I have been working on the connection of data to geolocation, a trending technique that introduces our physical position into the "cloud”. A first piece on that is "Syntopic fragments" that was exhibited in an art show in Berlin last summer. This piece queries a stream of short text messages and extracts their geolocation. Each message is then associated with an image tagged with the same coordinates. The results are combinations of image and text from different authors, linked by a place on earth - fragments of a collective local memory. Do you have any favorite social media artists/art works in this field? Where do you see social media art going in the next years? Well, I am a huge fan of the works of Aram Bartholl. Although they are sometimes quite silly, they constantly transpose principles and artefacts from the online world into the physical world and vice versa. I don’t know if social media art is going somewhere, but for sure social media will find their way into all areas of art and be of high socio-cultural relevance in the years to come. Taina Bucher is a PhD candidate in Media and Communications at the University of Oslo