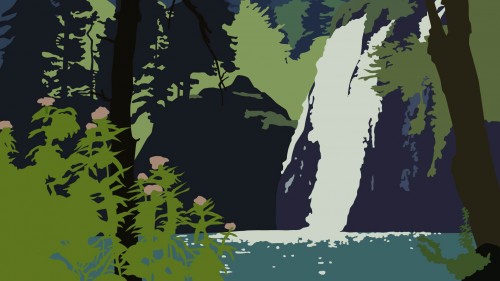 The artist Kota Ezawa meticulously transforms found footage from television, cinema, and art history into simplified two dimensional vector-based animations. In City of Nature, a video commission for Madison Square Art currently installed in Madison Square Park, Ezawa appropriates and deconstructs excerpts from popular films including Jaws, Fitzcarraldo, Deliverance, and Brokeback Mountain. Removing all human presence, Ezawa concentrates on nature as the work's subject, and its relationship with our visual representation of it. Decontextualized and stripped of any narrative content, the film clips are recognizable, yet untraceable, emphasizing the pervasive and subconscious influence of popular visual media on our collective unconscious. The installation of the four screens in the center of the park's natural but constructed environment further accentuates the dichotomy of real and artificial landscapes. 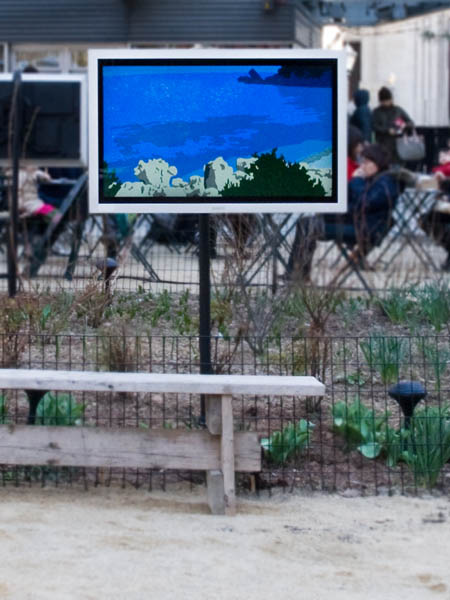 The Madison Square park commission is complimented by an exhibition at Murray Guy, where several of Ezawa's lightboxes and sculptures are on display. These works, which also use found media, continue to explore the aestheticized representation of nature in popular culture. Like in City of Nature, the graphic two-dimensionality of the images reasserts the conflict between an idealization of the natural environment and the reality of our manufactured landscapes. 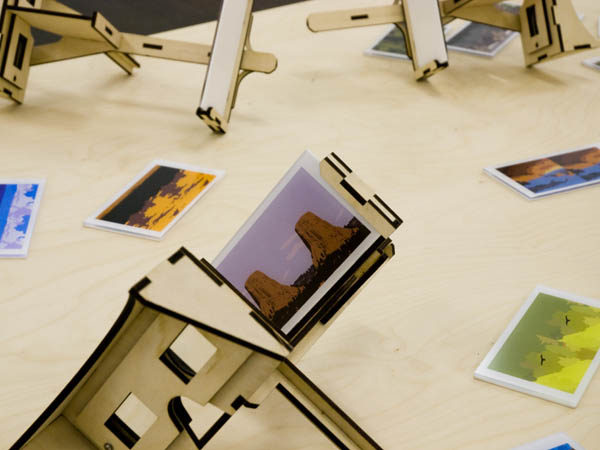 In Nature Scenes , the Madison Square Park installation is recreated in the gallery through a series of stereoscopic cards and handmade stereoscopic viewers. Like the animated films in the park, the cards depict graphically deconstructed frames from popular films. 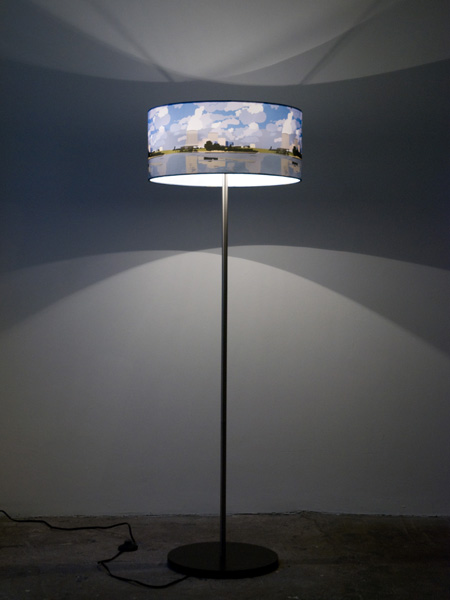 Lampshade, (2011), which at a distance appears to depict a quaint riverbank scene, illuminated with blue skies and fluffy clouds, reveals the cooling towers of a nuclear power plant on closer inspection. 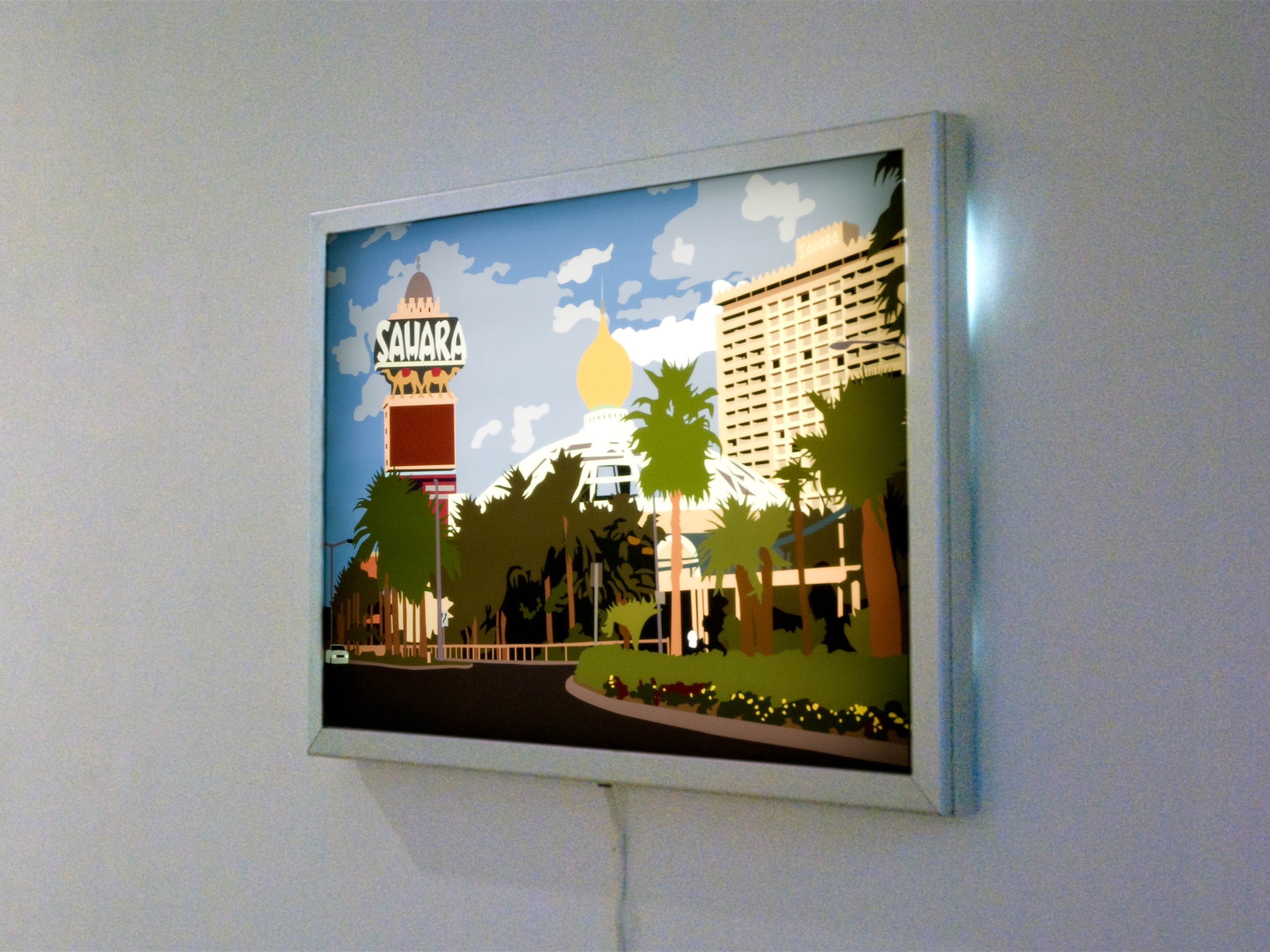 Sahara, (2011), reimagines a photograph of the Las Vegas hotel, calling attention to the artifice of human construction. 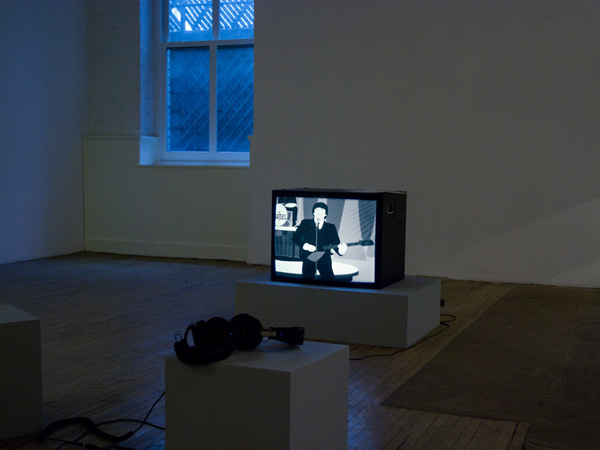 In Beatles Uber California, (2010), Ezawa animates the Beatles's iconic 1964 appearance on the Ed Sullivan Show and replaces the soundtrack from the original broadcast with the Dead Kennedysʼ song “California Über Alles.” The unlikely juxtaposition enhances the footage's pop cultural familiarity, while simultaneously creating a critical distance from the viewer and the historical context.