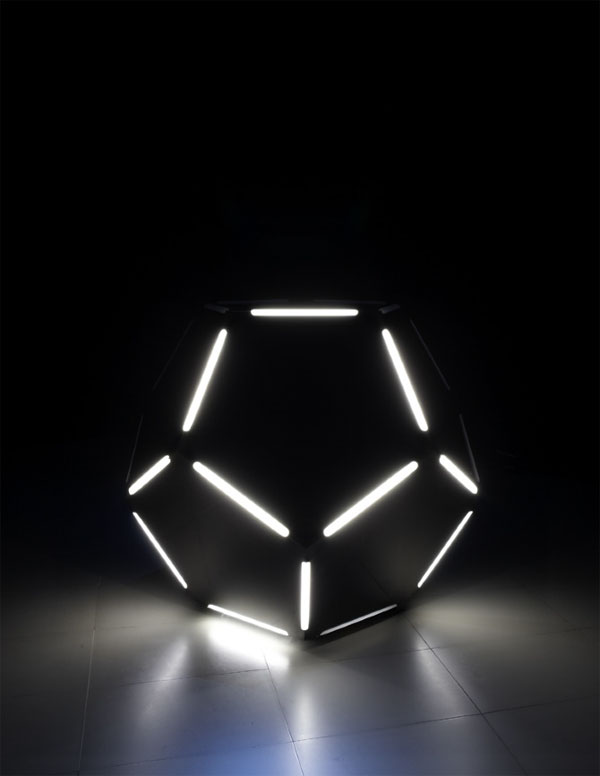 Chapter I: The Discovery is an impenetrable, geometric object and a series of videos restaging the moment of its discovery, as if it were a scene from a sci-fi movie, where the hero is suddenly confronted with an alien, slightly chilling figure.

The videos are broadcast in the first room. Images show the dodecahedron in places which are fictitious and devoid of any human trace. No matter the context, the alien entity reproduces the same light and sound animation, expressing a state of waiting by emitting a signal of presence. The sculpture itself waits for visitors in the second room. As the viewer gets closer, the machine detects the movement and "tries" to engage in communication made entirely of light and sound code. If the sculpture is surrounded on all its vertical faces, it will respond by releasing its maximum energy.

Chapter I: The Discovery questions the viewer's perception about the truthfulness of what is shown, right from the visioning of videos with synthetic images and ending up in an encounter with an interactive object which co-opts information flows, sound and light transmission.

-- DESCRIPTION FROM "CHAPTER 1, THE DISCOVERY" ON WE MAKE MONEY NOT ART