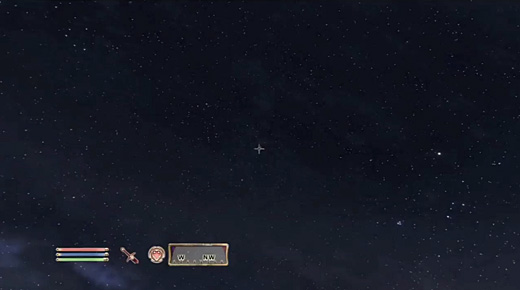 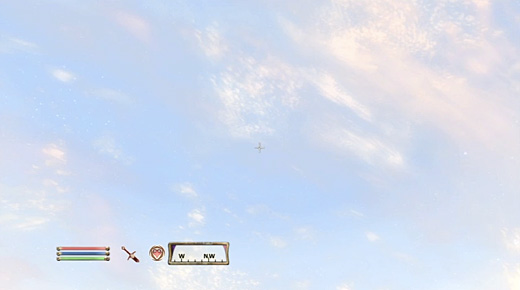 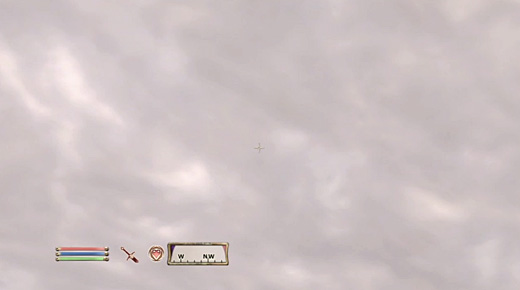 References to playable characters, AI characters, and accompanying sound effects have been edited from the video in an effort to focus on the notion of a virtual space with the possibility of non-virtual habitation, defined in part by the passing of game time during the observers "real" time. The health meter, magic meter, stamina meter, weapon and magic selections and the game compass have been unedited as a digital referent in the hyperreal environment of the game engine.

Funny game, but no time to play