Reminder
The Headless Conference on March 19, 2010
By Rhizome 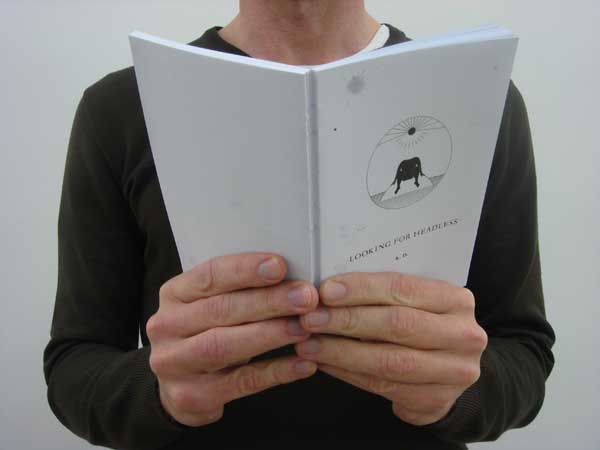 The Office for Parafictional Research has been established to study the implications of a body of work by artist duo Goldin+Senneby known as Headless. For the past three years, the Stockholm-based collaborators have been investigating an offshore company called Headless Ltd as part of a larger inquiry into strategies of absence, invisibility, and withdrawal. Their project, also called Headless, has emerged in a number of formats thus far, including lectures and readings, a series of newspaper interventions, an author’s personal journal, a suite of etchings, a number of critical essays, a scattering of stage-like tableaux, a documentary film, and—most importantly—a serial novel-in-progress. But Goldin+Senneby’s own position in this remains elusive, as they outsource all representations of their work to independent practitioners and dispatch spokespeople on their behalf for public events.

One such event is The Headless Conference, which shares little of the heady cloak-and-dagger suspense found in the fictional texts that the project spawns. The conference will take the form of an academic symposium on issues pertinent to the discourse surrounding Goldin+Senneby's work. Up for discussion are topics as diverse as the economic theories of George Bataille and the nature of virtual spaces built by offshore finance networks. Participants are to include Angus Cameron, lecturer in human geography at the University of Leicester and Goldin+Senneby's chosen emissary; Brian Droitcour, Rhizome staff writer; Keller Easterling, associate professor at the Yale School of Architecture; Ginny Kollak, director of the Office for Parafictional Research and second-year graduate student at the Center for Curatorial Studies, Bard College; and Allan Stoekl, professor of French at Penn State University.

The Headless Conference is co-organized by Brian Droitcour and Ginny Kollak as part of Rhizome’s New Silent Series at the New Museum, and is supported in part by the Center for Curatorial Studies at Bard College.