Ready to Rumble
By Jacob Gaboury

Rumblr is a new web application that allows users to pit Tumblr blogs against one another by placing randomly selected images from two or more blogs in juxtaposition with one another. Users then select the preferred image and after a certain number have been judged a winner is declared. The site launched in alpha about a month ago alongside TUMBLR_WRS, a party held at Home Sweet Home in New York City. 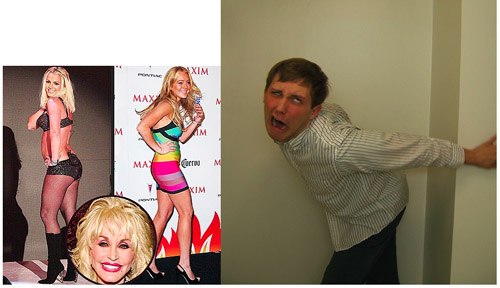 The site capitalizes on the decontextualization and random juxtaposition of images that Tumblr is known for and attempts to objectively judge the taste of users and the quality of sites through a competition or brawl. This random selection often produces unexpected, odd, and beautiful combinations which are frequently screencapped and placed back on Tumblr. These same screencapped images might then appear as standalone images in yet another Rumblr battle, producing a kind of Russian Doll effect.

Rumblr in still in beta and the site's producer, Benjamin Lotan is hoping to add additional features that quantify and visualize user's decisions in new ways, such as producing average color gradients based on the images selected. Check out the site to pit your favorite Tumblrs against each other.