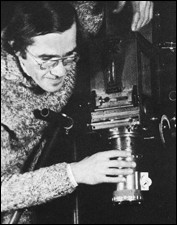 I discovered the world of Polish animator Piotr Kamler after searching on YouTube for films scored by composer Bernard Parmegiani, whose music I came across via UbuWeb. Parmegiani and Kamler were both colleagues of musique concrète mastermind Pierre Schaeffer, and they participated in the experimental research arm of the French television station O.R.T.F. founded by Schaeffer in 1960. Some have dubbed the abstract films and animations created under Schaeffer's management of the O.R.T.F. "concrete cinema." Today I will be posting films by Kamler produced during his tenure in this department as well as some examples of his later work. These clips originate from the 2007 DVD Piotr Kamler, à la recherche du temps.