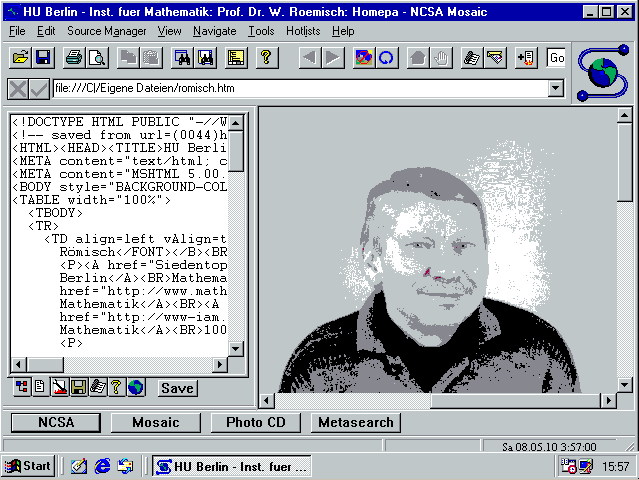 How did the World Wide Web look before this Internet boom, before it became a riot for star backgrounds, bouncing envelopes and under construction signs?

Well, in 1991, Tim Berners-Lee went live with the first web page TheProject.html located inside the hypertext/WWW/ folder on a computer called "nxoc01" at CERN. Neither him, nor any of his colleagues made an effort to preserve this first version. The only thing we know is the URL http://nxoc01.cern.ch/hypertext/WWW/TheProject.html and the way the first page ever looked in november 1992. That's early enough, still half a year before the Mosaic browser would be released and people outside of CERN would start to make their pages.

It is difficult to estimate how many pages created in 1993-1994 made it into the new millennium in their primordial way. If you manage to find something that was put online that time, it would in the best case display a 1995-1996 skin, like the Russian Space Science Internet -- redesigns clearly shaped by the then-new Netspace browser.

But there is a way to find pages that live for ever in 1993. To present them to the new students I look for "Prof. Dr." in Google.