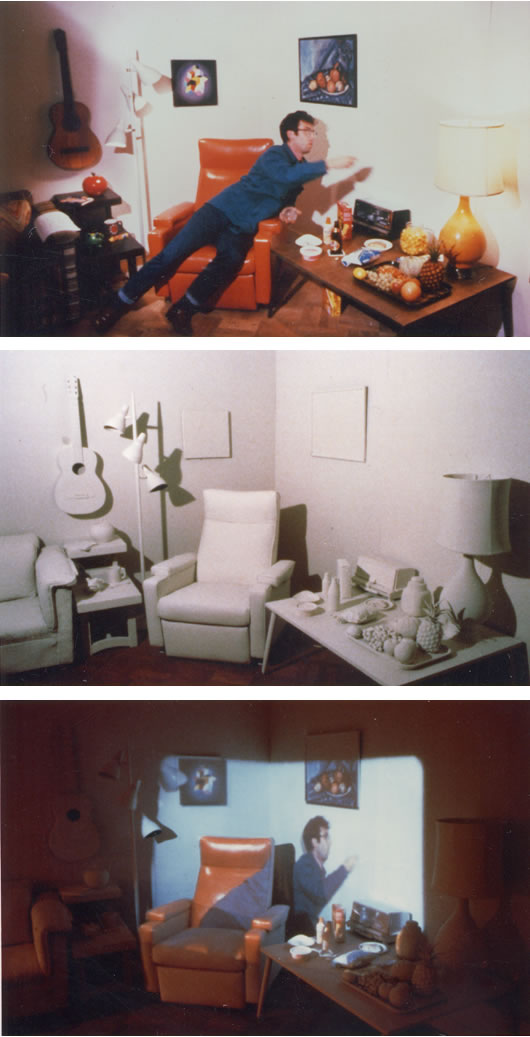 Displacements is an immersive film installation. An archetypal Americana living room was installed in an exhibition space. Then two performers were filmed in the space using a 16mm motion picture camera on a slowly rotating turntable in the room’s center. After filming, the camera was replaced with a film loop projector and the entire contents of the room were spray-painted white. The reason was to make a projection screen the right shape for projecting everything back onto itself. The result was that everything appears strikingly 3D, except for the people, who of course weren’t spray-paint white, and consequently appeared very ghostlike and unreal.