Graffiti Markup Language Gets An Upgrade
By Ceci Moss 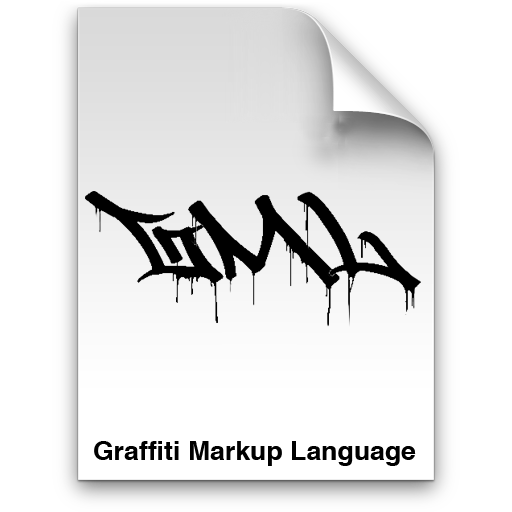 F.A.T. Labs have declared this week "Graffiti Markup Language Week" on their blog - and each day they've posted GML-related updates. What exactly is Graffiti Markup Language? It's an XML file type developed by F.A.T. Labs that stores the motion data created by tagging -- allowing graffiti writers to share, study, and catalog their tags. Check the below for a brief overview:

What has GML week brought us so far? Over the past few days, F.A.T. Labs introduced:

► An iPhone version of Graffiti Analysis DustTag v1.0 - this handy App allows users to trace their tags and add them to the GML database http://000000book.com/ using an iPhone.

► Graffiti Analysis 2.0 - the new and improved Graffiti Analysis includes the aforementioned iPhone App DustTag v1.0, along with updates to the tracking, playback, controls and graphics, as well as previously unreleased source code and downloads to Windows, Mac and Linux versions of the playback and capture applications.

► FatTag Deluxe - the Katsu Edition - an updated version of the Fat Tag App made in collaboration with graffiti legend Katsu.