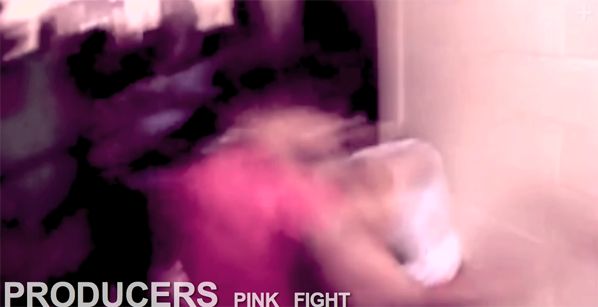 Following the Seven on Seven photos we posted this morning, I thought I'd share a link to the idea proposed by Ryan Trecartin and David Karp during the conference, Project Ten. The site allows users to anonymously upload 10-second clips, which can be navigated by three tags. (Note: Project Ten is in beta form, and they aren't allowing public uploads yet.) The concept is to create a browsing experience that mimics the jump from user to user found in ChatRoulette, opening up the clips to anything at all, not just those captured on a webcam. The limit on the number of tags also allows a rudimentary means of creating narrative as you move through the videos. Project Ten seems like it has the potential to become a gigantic, collectively authored version of one of Trecartin's films, which in my opinion, is totally, totally cool. I'm really hoping that they fully develop the site!

I appreciate how Ten embraces the flattening that already happens with video online, where there is often little discrimination between "high" and "low" production or origin.

I wrote about it on Motherboard too: http://www.motherboard.tv/2010/4/20/tumblr-founder-s-ten-is-an-online-video-stream-of-consciousness