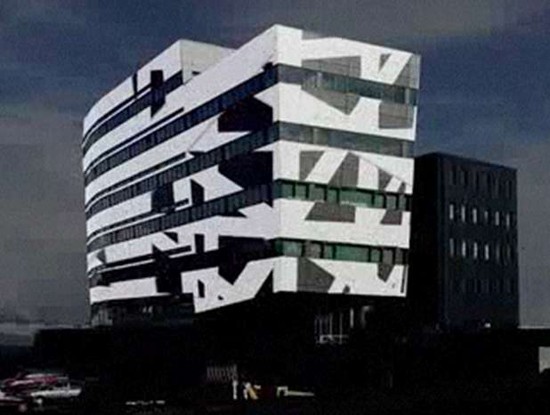 The received notion of the public sphere in fact melds an array of narrative and structural elements into a domain of expressive possibility whose center of attention serves both aesthetic and intersubjective concerns. This commingling entails two dynamic affordances that have been especially open to manipulation through new media art: the presence of architecture as sculptural object, and the use of projective strategies for pluralistic communication. The latter works as a new branch of street performance, not for actors, but for media. The sense of novelty here is more than mechanical; it compacts the distance between human and machine, the latter increasingly assuming roles played by the former, but organizes both in a new coordinate space that is neither entirely physical/real nor virtual/technological.

-- EXCERPT FROM "SPATIAL ENGAGEMENT'S CHRONOTOPE IN ELECTRONIC ART AND THE PUBLIC SPHERE" BY FRANCISCO J. RICARDO