THE VOICE IS A LANGUAGE, a film and performance program revolving around the work of Meredith Monk, kicks off this week at Tramway as part of Glasgow International. The event series will begin with a live performance of a newly commissioned work by artist Cara Tolmie on April 15th. This will be followed by daily screenings, through April 25th, of work by Sophie Macpherson, James Richards, Cara Tolmie and Sue Tompkins, as well as rare films by Monk. I had a chance to speak with the curator behind THE VOICE IS A LANGUAGE, Isla Leaver-Yap, about Monk’s career, the correspondence between her practice and those of the artists involved in the series, as well as the informative online reader organized especially for the project.


How did you first become interested in Meredith Monk's work?

Last year I was involved in a project at the Institute of Contemporary Arts, London, called Talkshow, which was a season of performances and events that looked at speech in relation to contemporary art. We were working with a lot of music/art crossover figures like Robert Ashley, Simone Forti, and Joan La Barbara. By way of Talkshow research, I came to see Peter Greenaway’s fantastic Four Composers television series, which was originally broadcast in the UK in 1983, and which included an episode portrait of Meredith Monk. Perhaps I wasn’t looking at it so closely at the time because Meredith Monk was less invested in the speech act and more in the possibilities within the human voice. When I moved to New York in October of last year, I watched the Greenaway film again out of a kind of local interest - a lot of the performances Monk was talking about in the film occurred very close to my studio. Out of curiosity I went to see some of the original films in her archive at the New York Library of Performing Arts, and I was immediately shocked by their freshness, urgency and ambition.

What inspired you to curate this series of performances and screenings?

As soon as I’d seen Monk’s 16mm Earrings (1964), which she made soon after graduating Sarah Lawrence College, and also her video version of Turtle Dreams (1983). I wanted to show her work to a few artist friends in the UK who I thought would be interested in the material: Cara Tolmie, James Richards, Sophie Macpherson and Sue Tompkins. Monk’s work reveals an inherent idea of practice, and not of object-making - from her very early pieces, there is a messy or synthetic way of working through simultaneous ideas, and producing work from the collision of multiple elements. Motifs are developed like tools and migrate from one work to the next. The willful opacity and abstract energy of 16mm Earrings made me consider her as a contemporary player within a specific range of very daring and innovative practices occurring now. Also, the project was a way of not only sharing Monk’s work with these artists, but also coming up with a good excuse to see how each of us would respond to the material. I saw Meredith a few times, mostly to hear her talk and perform, but also to discuss some of these ideas with her, which was exciting and productive. Through our discussions, I felt very warmly supported by her. It was exceptionally affirming to have early support for what was initially a rather unformed idea, one that I was trying to work through myself. I wasn’t necessarily looking to develop an idea of Monk’s ‘legacy’, particularly since the artists hadn’t necessarily seen or heard much of her work at the beginning. I was more interested in tracing the lines between dynamic and interesting ways of working, and finding a way to share them within a distinct group. 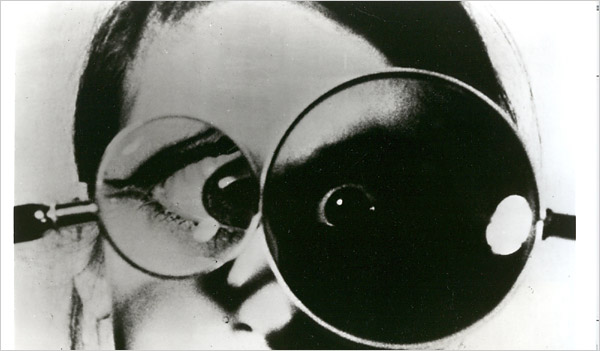 The artists in the show are quite diverse -- ranging from someone like Sue Tompkins, who works extensively with her voice, to an artist like James Richards, who deals with remix and appropriation in film and video. Given this range, could you discuss the related strands you see between Monk's practice and the artists in THE VOICE IS A LANGUAGE?

There were certain formal similarities between all five artists in terms of their approach to rhythm, gesture, voice and non-linear narratives that I considered, especially when it was clear I wanted to stage a public project around Monk’s practice. But saying this, it makes the ‘selection process’ sound more pre-meditated than it actually was. In reality, I had a more intuitive feeling about who might actually like to see these films I’d dug out of the NYPL archives, and thought about who would take some inspiration from her practice. What was personally interesting about acting on my rather naïve assumption was that there was a sincere engagement from the artists at the very start. On a very basic level, for instance, I never intentionally crafted a program where every artist sings, although strangely they all do. But what they do have in common is that they all make work that disperses or defers narrative, often creating triggers or ruptures within the safety of linguistic forms. Cara Tolmie has developed a practice that works within an intensely abstract and occasionally mythical world, a sensibility that I also see in Sophie Macpherson’s work. Sophie has a very direct relationship to theater in her engagement with the idea of rehearsal or the demonstration of pre-eventful gestures. Similarly, James Richards has a way of zooming in on those strange off-guard moments, so that they seem like a kind of unconscious vision of the camera. What interested me in James’ work, and also Sue Tompkins’ work, was their ways of using rhythm in parallel to content, so there’s a real tension between the content of the work and the viewer’s perception of it. All of them have a synthetic, textural approach that shifts between various media to find shortcuts or the most direct means of communicating an idea or an emotion.

Certainly. I think a lot of the material that has come out from these artists’ practices, as well as the material featured on the project’s online reader, points to this openness or dispersal, and perhaps also a certain leakiness of the terminology. At the start of the project I was very interested in Anne Carson’s essay ‘The Gender of Sound’, which beautifully articulates the separation between the use of voice and the quality of voice - a differentiation that I think is particularly relevant to Sue’s work, for instance. Within the project, I see voice as being a fairly concrete thing - the sound made by human mouths. More specifically, I’m interested in making a distinction between voice and language, and seeing how these two things are not always compatible. The project looks at artistic practices that work in the interstices of these two things. Beginning to interpret ideas around the voice is a starting point to navigate the material, but not one with a single or logical conclusion.

I love the online reader you've assembled for THE VOICE IS A LANGUAGE. Will it remain up after the exhibition closes?

It was apparent fairly early on that I wanted the display side of the project to work solely within the framework of the artists I’d initially approached: Cara, Sophie, James, Sue and Meredith. There is a rare synergy between everyone that comes from an eagerness to share ways of working and a thoughtful consideration of what might be at stake both within people’s personal practice and each others. But the concepts behind the work pointed quite naturally towards broader themes and figures. Making an online reader to THE VOICE IS A LANGUAGE was a way of transparently sharing research from the project as it developed, bringing in notes and other works by the artists. It was also a way of making the project an on-going consideration, not only for any potential audience, but also for ourselves. It grounded Monk’s work in a real context - her work in Naropa, the vocal works of George Aperghi and Luciano Berio, as well as some of the experiments with form by Jackson Mac Low - while also seeking a more theoretical basis for work - writing by Sontag, Lyotard, for instance.

Do you have any plans to publish it in print?

The reader has become a space for heterogeneous media and it has the ability to respond with an instantaneousness uncommon to printed matter. Now it’s full of essays from Google Books, videos from YouTube, and sounds from various online archives, I wonder what real content a printed version could ever achieve. The posts are written daily, often in haste, but after the project closes 25 April updates will cease and the artists and I can make a decision over whether to leave it up for another month or remove it entirely.