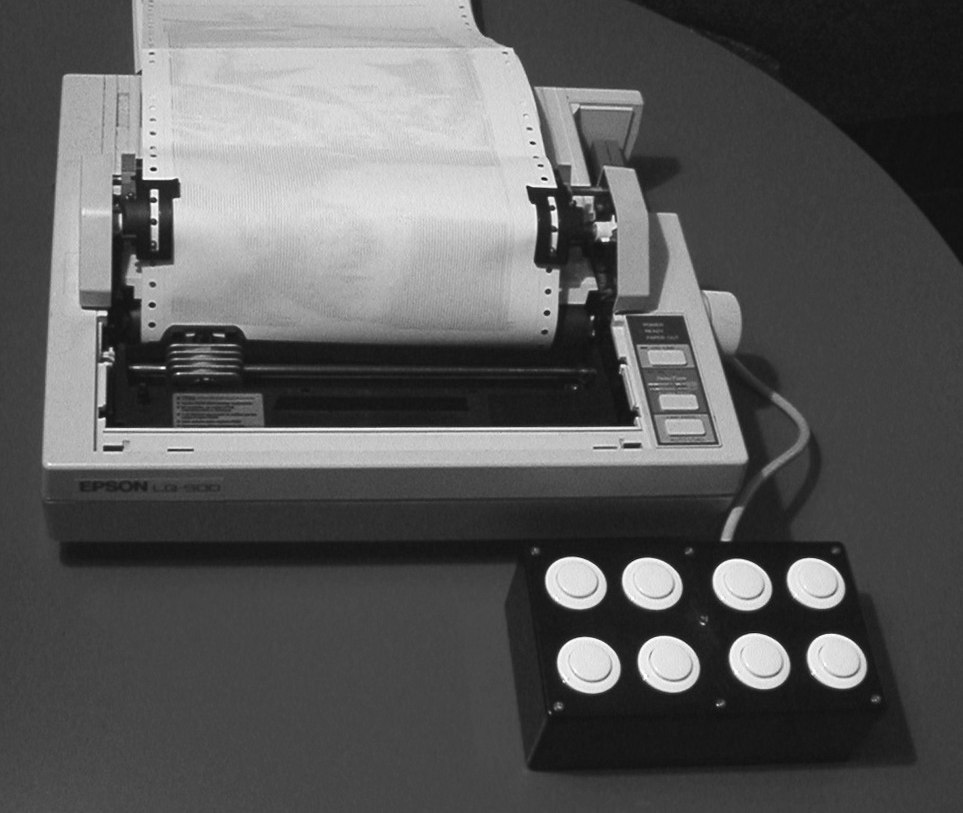 The user presses buttons on an attached control interface to play different notes. As the printer is played, it's also printing a set of images that are programmed into the printer's EPROM with the software.

The external eight-button interface plugs into the printer's font cartridge port. Each button has an assigned pitch, and pressing multiple buttons simultaneously activates the arpeggiator that quickly cycles through the notes you are holding down. The software also has the ability to run without the button interface, using the three buttons on the printer's front panel instead.

There is interaction between the images and music. The image dithering patterns fluctuate depending on what notes are played, and the music's volume and rhythmic patterns change depending on the pattern in the current horizontal section of the image. The printer can store about three pages of black and white images which print in order and then repeat.

-- FROM THE ARTIST'S DESCRIPTION