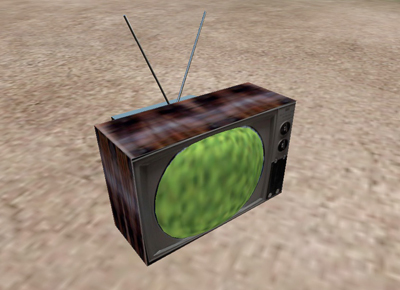 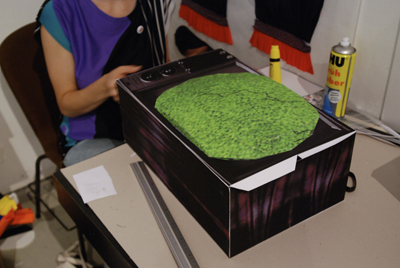 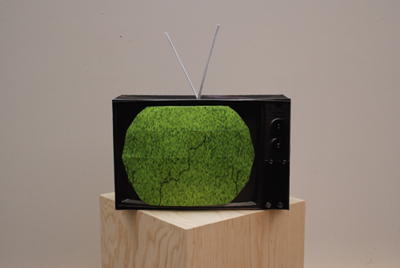 Export to World seeks to comment ironically on the design and production of merchandise in virtual worlds. At Ars Electronica in Linz, retail space on Marienstrasse was temporarily converted into a shop like those found in Second Life. Large scale display ads showed what's for sale: custom-made or purchased virtual objects that shoppers could buy at a price determined daily by the current Linden dollar/euro exchange rate. Instead of the acquired object suddenly appearing in the purchaser's inventory, though, the proud owner received a a two-dimensional paper representation of it which he/she could manually fit together into a three-dimensional object on site. The final results are paper representations of digital representations of real objects, including all the flaws that copying entails.