Next Week
No Fun: Infinite Sound and Image at the New Museum May 16th at 3pm
By Rhizome 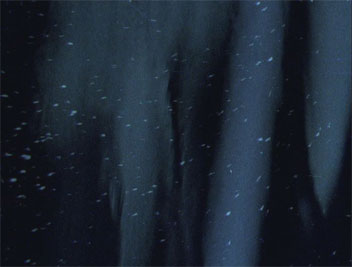 This is a reminder to join us next weekend, May 16th at 3pm, for this month's New Silent Series event. Produced in collaboration with the annual experimental music festival No Fun, the afternoon will feature films and performances by Jim O'Rourke, Makino Takashi, Robert Beatty, Takeshi Murata, Sarah Lipstate, Dominick Fernow, C. Spencer Yeh, Megan Ellis and Carlos Giffoni. Full details and ticket information below.

In its sixth year, the No Fun Festival has emerged as one of the most unique and vital festivals for experimental music worldwide. Curated by No Fun organizer and label head Carlos Giffoni, this special screening will present moving image work by a selection of artists performing in the 2009 Festival. Jim O'Rourke and filmmaker Makino Takashi collaborate on The Seasons, a dense abstract film that fluctuates in tandem with O'Rourke's dramatic and resonant score. Robert Beatty (of Hair Police and Three Legged Race) will provide a live soundtrack to artist Takeshi Murata's hypnotic videos and animations. Experimental filmmaker and sound artist Sarah Lipstate (of Noveller) presents Interior Variations, a collage of 16 mm hand-painted film, black-and-white super 8mm, and found footage, which will be accompanied by a new Noveller composition titled Telecine. Dominick Fernow/Prurient will screen spins the worlds wheel again, a short film inspired by his 180-page hardcover book of collages, Rose Pillar published by Heartworm Press,which deals directly with mortality within the family structure. Sound artist/composer C. Spencer Yeh (of Burning Star Core), known for his arrangements that draw on both aural and physical experience, will premiere a new work using voice as its central component. Megan Ellis and Carlos Giffoni will also showcase a new piece, created specifically for this show, which will pair minimalist visuals with an evolving electronic sound score.