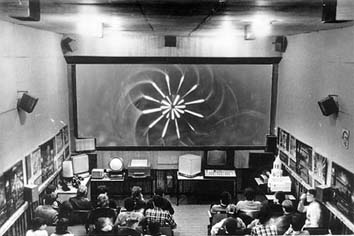 It's hard to sum up the interests and achievements of Bulat Galeyev, who died in Kazan, Russia, on January 5 at the age of 68. He was a teacher of physics and aesthetics. As a scholar, he published scientific research on synesthesia, and as an artist he staged his own theatrical performances that synthesized visuals and music. He studied and championed the work of Lev Termen, even when the theremin's inventor was nearly forgotten in his native country. Inspired by the ideas of early-twentieth century composer Alexander Scriabin, whose orchestral works are usually performed without the colored-light shows that he choreographed for them, Galeyev devoted his life to a multi-faceted study of art and sensory perception. The radical, interdisciplinary nature of his career is even more impressive when you consider that it evolved in the conservative, often stifling intellectual atmosphere of the Soviet Union.

Galeyev's base of operations was the Prometheus Institute in Kazan, a city about 450 miles east of Moscow. To gain official support and funding, Prometheus attached itself to an aviation engineering research institute, and its unique position in relationship to industry was not dissimilar from the experimental initiatives hosted by Bell Labs and Siemens in the West. Galeyev's line of inquiry was certainly not a priority for Soviet science. But when he founded Prometheus in 1962, the country was still euphoric from launching the first human into space a year earlier. The light-music concerts that Galeyev organized at Prometheus blended in with the widespread vogue for science fiction and futurism. 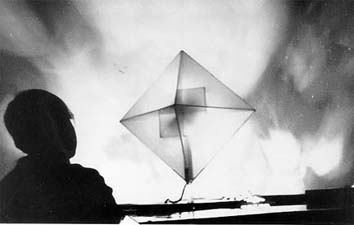 Thanks to Prometheus' close connections to an official research laboratory, its employees had access to equipment that ordinary citizens could never dream of. Galeyev and his team took advantage of that opportunity to build musical instruments that projected images, giving them names like Kristall and Prometei-3. They also created some of the first works of video art in Russia.

Last week, artist Sergey Teterin uploaded two of Galeyev's works to YouTube so that they could be included in the video archive of Cyland, a St. Petersburg-based new-media arts organization. Yalkin-2, a 1980 installation, consists of a glowing cube hooked up to a theremin. Space Sonata is a 1981 abstract animation set to music. These videos are just the tip of the iceberg of Galeyev's work, but now that they are online, the legacy of an incredible man has become a bit more accessible.