Derek Jarman's Films at X and on UbuWeb
By Ceci Moss 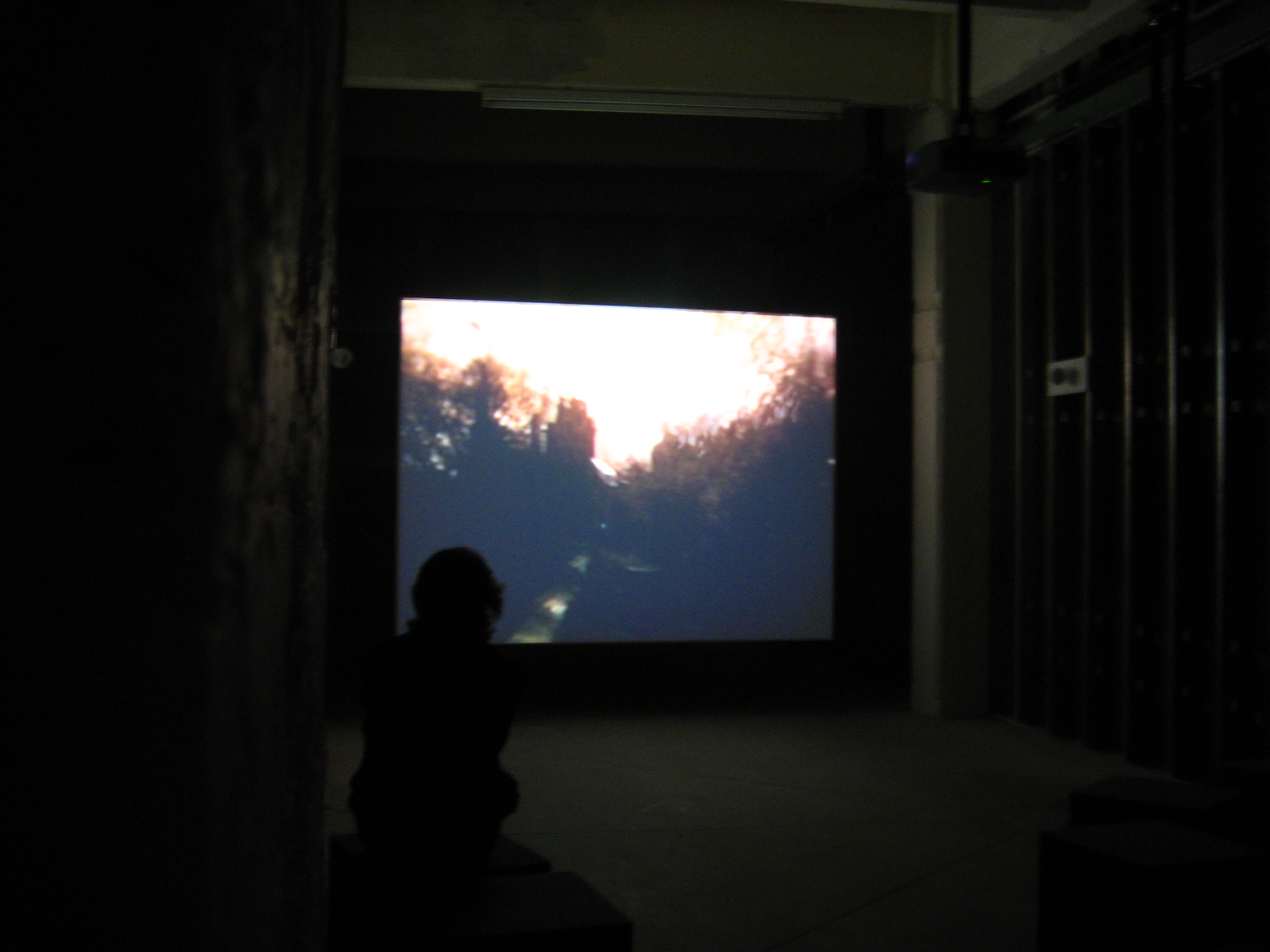 A survey of Derek Jarman's early films opened earlier this month at the Dia space on West 22nd, comprising a significant portion of programming by X, the new initiative that will activate the space with exhibitions and conversations over the next year. Spanning a massive 3 floors, the show is easily one of the most elaborate installations of moving image work I've ever seen. Although Jarman’s works were originally filmed on Super 8, and, as such, not intended to be transferred to video and then blown up, the installation, with films projected large on video in multiple, open screening spaces, brought new meaning to the original works. I should note my visit to Dia came after a rather disheartening afternoon at the Armory Show, where the pitiful few booths actually screening video choose to exhibit the works in a corner, or in one case, in a corner near the floor.

In his recent discussion with Dara Birnbaum in this month's Artforum, Cory Arcangel asks, "Is there even such a thing as a bastardized medium today?" in reference to increased methods of distribution within the larger cultural realm. (Find an online excerpt from the interview here.) One could suggest that the intimacy of super 8 is compromised in the Jarman show, and, in that, it represents a "bastardization" of the medium. But the theatrical, immersive installation still invites a contemplative engagement with the work, especially the small room and sound system built for Imagining October (1984). I would argue that the installation adds another level to Jarman's films, and in an age of "bastardized mediums" we should consider how these translations can expand a work's reception, not diminish them.

While we're on the topic of "bastardized mediums," I'd like to add that UbuWeb uploaded some of Jarman's films recently to their collection. I thought I'd share them below, for those who may be unable to visit the exhibition. But, if you're in New York, seriously, see the show.

It's a particularly interesting question for Super-8, because that medium has a long history of being exhibited on video instead of on its original film, for many reasons. Super-8 filmmakers often didn't have multiple prints, and super-8 projection is particularly prone to mishaps. In the 1990s for example I remember many people who made Super-8 would show it on video (3/4"!) at festivals, since sending prints around was unfeasible.

It's great to see it in its original format, of course, but it would be extremely hard to do something like Super-8 loops in a gallery for any length of time–they'd most certainly break.

Another option would be to do a single screening of some of the films on Super-8, in addition to the installation, but nowadays they'd probably strike new prints by bumping it up to 16mm anyway, as was done with the recent Kuchar 8mm films, which would itself be a kind of "bastardization" and also produce a large image in most screenings.

Can you tell that they weren't intended to be blown up?

The impression here…
http://www.400blows.co.uk/inter_mackay.shtml
an interview with James Mackay who loaned the films for duplication to the 'X' people is that Jarman was not adverse to video or blow-ups…

——– "he just wanted to make films and he'd seize on what tools were available and he used them to make the images that he wanted, so he was quite happy shooting something on 16mm or 35 or VHS, or whatever and I think if he was around now he would embrace certainly the handycam formats that are so popular."

later it goes on to suggest that super 8mm was chosen for financial reasons, rather than artistic intent? It seems unlikely therefore that super-8 in Jarman's work, when blown up is a bastardisation?

——- 'And he showed a selection of things and he'd sort of change them according to the mood of the audience and he'd give a narration as he changed them - what had been made, what year it was, who was involved and with the films he'd play music which wasn't synchronised with the films, but because he edited - he had quite a strong sense of rhythm - he edited the films and the music that he chose fell in generally with the same rhythms and would sync with the film fantastically.

There seems to be here a distinct LOSS to the work consequent upon them being bastardised - the silent films are boring, a lot less engaging than those with sound like A Journey to Avebury.