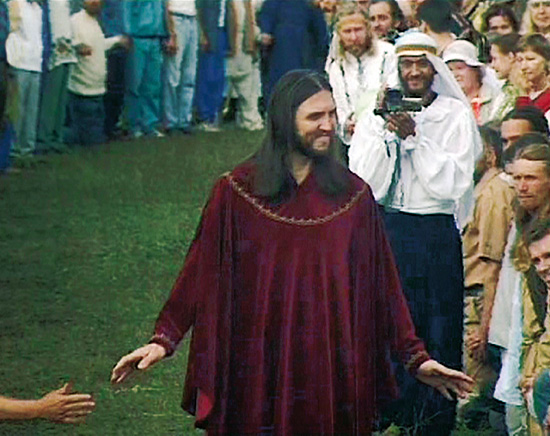 The general consensus of the contemporary mass media is that the return of religion has emerged as the most important factor in global politics and culture today. Now, those who currently refer to a revival of religion clearly do not mean anything like the second coming of the Messiah or the appearance of new gods and prophets. What they are referring to rather is that religious attitudes have moved from culturally marginal zones into the mainstream. If this is the case, and statistics would seem to corroborate the claim, the question then arises as to what may have caused religious attitudes to become mainstream.

The survival and dissemination of opinions on the global information market is regulated by a law formulated by Charles Darwin, namely, the survival of the fittest. Those opinions that best adapt to the conditions under which they are disseminated will, as a matter of course, have the best odds of becoming mainstream. Today’s opinions market, however, is clearly characterized by reproduction, repetition, and tautology. The widespread understanding of contemporary civilization holds that, over the course of the modern age, theology has been replaced by philosophy, an orientation toward the past by an orientation toward the future, traditional teachings by subjective evidence, fidelity to origins by innovation, and so on. In fact, however, the modern age has not been the age in which the sacred has been abolished but rather the age of its dissemination in profane space, its democratization, its globalization. Ritual, repetition, and reproduction were hitherto matters of religion; they were practiced in isolated, sacred places. In the modern age, ritual, repetition, and reproduction have become the fate of the entire world, of the entire culture. Everything reproduces itself -- capital, commodities, technology, and art. Ultimately, even progress is reproductive; it consists in a constantly repeated destruction of everything that cannot be reproduced quickly and effectively. Under such conditions it should come as no surprise that religion -- in all its various manifestations -- has become increasingly successful. Religion operates through media channels that are, from the outset, products of the extension and secularization of traditional religious practices. Let us now turn to an investigation of some of the aspects of this extension and secularization that seem especially relevant to the survival and success of religions in the contemporary world.

survival of the fittest is from herbert spencer, not darwin.