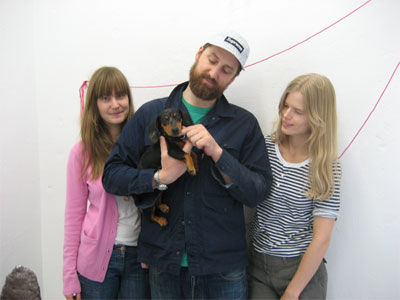 In New York City, time and space (and, of course, the ever-present dollar bill) have long operated as limiting factors in the exhibition of art. In response, curators and artists alike have had to eek out unique and innovative approaches to show work. Galleries such as Fake Estate have set up shop in former utility closets while curatorial initiatives like Apartment Show have taken up impromptu, one-night only residencies in homes across the city. Art Since the Summer of ’69, run by Hanne Mugaas, Fabienne Stephan and Paul-Aymar Mourgue d’Algue, is another such enterprising venture to carve out space, often in uncommon settings, to show work by emerging artists. Their “Gallery Show No. 1” occupied the make-up room of a photographer's studio for a one night stint and more recently “Secondary Market” set up a store-in-a-store, selling art-related ephemera collected from eBay inside Los Angeles boutique Ooga Booga. This week, the once nomadic gallery will open up a more permanent spot in a small (16 by 6 ft to be exact) space on the third floor of 195 Chrystie Street, a building primarily used for offices and studios. Their premiere exhibition, entitled “As Small As It Gets”, is a play on the minute confines of the gallery. (Owners Hanne, Fabienne and Paul also confess that the show was partially inspired by resident canine Ludwig von Truffle, whose miniature frame prohibits his big dog aspirations.) “As Small As It Gets” will include pocket-to-backpack-sized works by Lina Viste Groenli, Spartacus Chetwynd, Guillaume Pilet, Anders Nordby, Charles Broskoski, Delphine Coindet, Marcel Dionne, Benjamin Valenza, Mike Ballou, Ligia Dias, Olaf Breuning, Ryan Foerster, Davide Balula and Jennifer Cohen. I visited the gallery today for a quick preview of this quasi-lilliputian exhibit, which was still under construction. See below for a short preview featuring some of the works from the show, arranged from smallest to largest. To view the full spectrum, visit Art Since the Summer of ’69 tomorrow when “As Small As It Gets” opens to the public at 6pm. 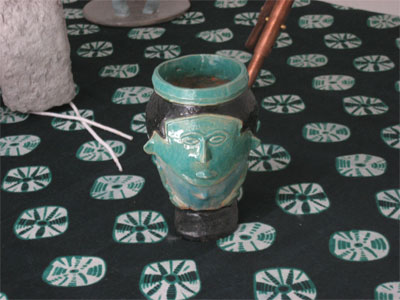 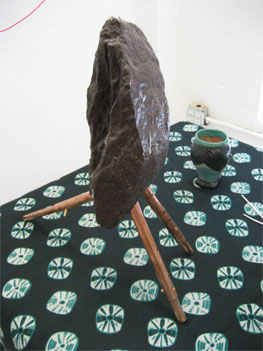 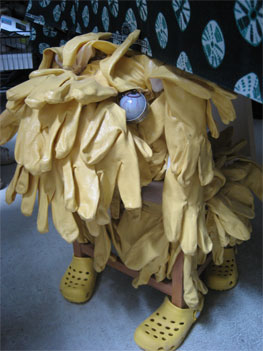 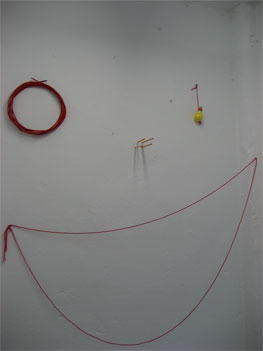 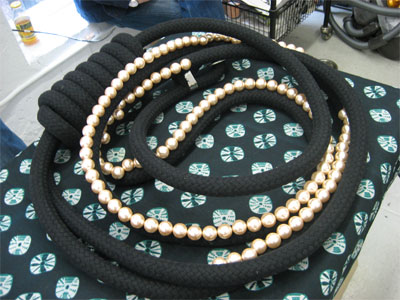