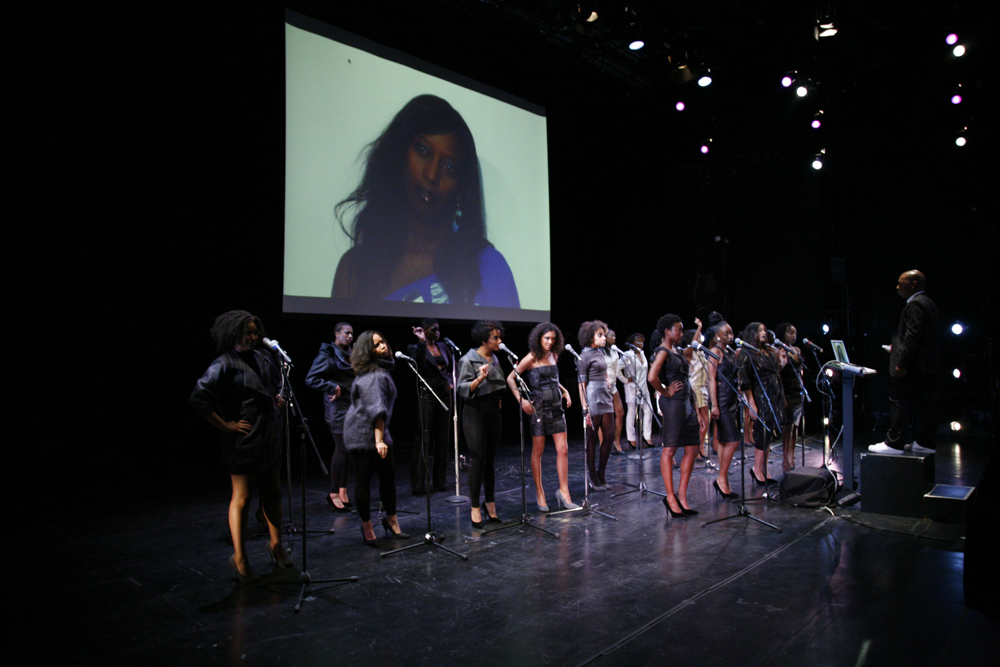 Join us this Friday at 7pm in the New Museum theater for "New Music Greats: An Evening with Rashaad Newsome."

New York artist Rashaad Newsome creates powerful, original collage and performance through composite parts. His practice is based in sampling and interested in the ways picking apart and recombining culturally specific material, like a hip-hop track, can, in the artist’s words, “elicit emotional and visceral responses that can be universally recognized and felt.” For this event, Newsome will discuss his new work, The Conductor, an ambitious six-part video installation that breaks down and re-composes the visual and aural language of hip-hop music videos and top hits. The artist will also discuss his ambitious, recent project Shade Compositions, a live performance featuring a chorus of more than twenty black women that was simultaneously recorded and remixed in real time using a hacked Nintendo® Wii™ game controller.

This event is part of Rhizome's ongoing New Silent Series at the New Museum.