Move over holographic reporting! With Obama's inauguration coming up tomorrow, many news organizations are experimenting with innovative ways to address the event. Here's a short list: 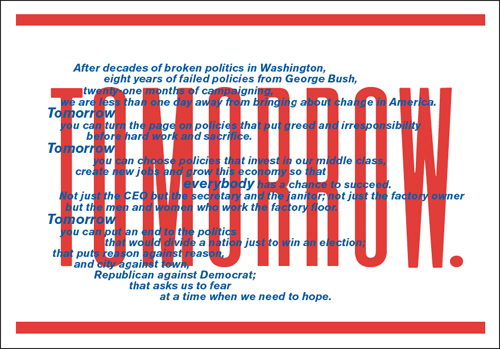 Image: Design by Paula Scher, from the upcoming edition of the Guardian G2

Image: I Hope So Too 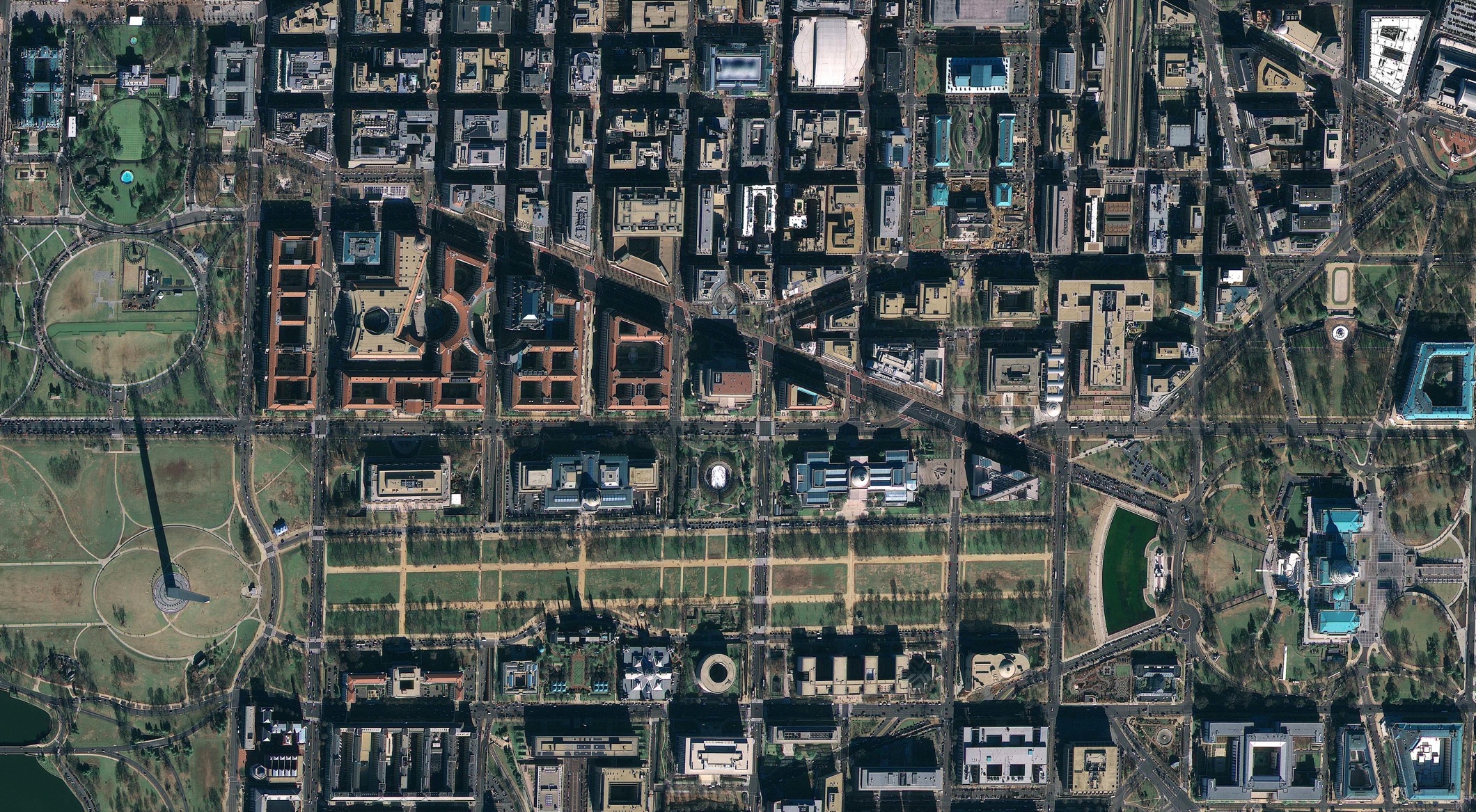 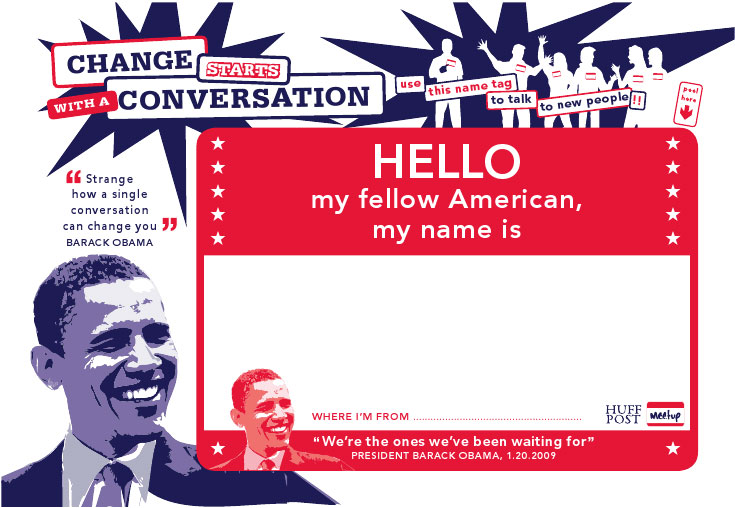