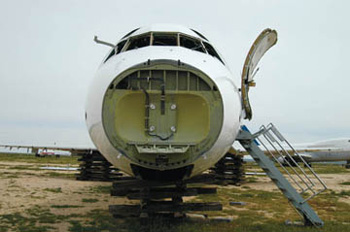 Image: Raqs Media Collective, There Has Been a Change of Plan, 2006

Tonight at 7 p.m. the Dehli-based Raqs Media Collective will begin a three-day run of programs at the New Museum, as part of the Night School series of public seminars. Raqs has been embraced by the art world, although, as the ambiguity of the group's name suggests, the scope of its projects extend to a larger audience. Monica Narula, Jeebesh Bagchi, and Shuddhabrata Sengupta joined forces in 1992, after they completed their studies in Mass Communications in Delhi, and, at the time, had planned a collective career in independent cinema. But their work in documentary filmmaking and public broadcasting, coupled with their fascination with the nascent internet, drew them to issues related to the production and dissemination of information. Today, they continue to address those "rarely asked questions," to use the phrase the group has half-jokingly suggested its name is an abbreviation for. 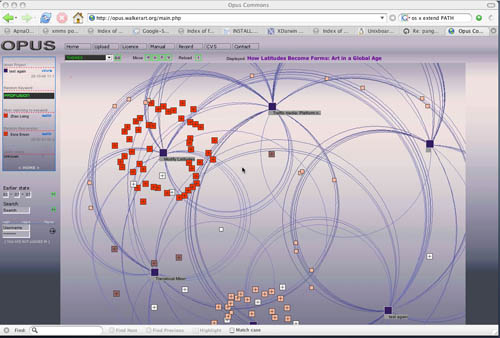 Raqs's projects tend to take the form of open-ended, open-sourced networks. OPUS, or Open Platform for Unlimited Signification, is an online database of artist-submitted artworks. Conceived in the spirit of open-source software development, Raqs's online digital commons encourage sharing, collaborating, and appropriation. The collective's commitment to free culture continues in The Sarai Programme at Delhi's Centre for the Study of Developing Societies. The Sarai network of artists and scholars produce vast amounts of research and other forms of cultural knowledge, all of which is placed in the public domain.

The collective has also expressed its sensibility through a resistance to restrictions and hierarchies in their installations, performances, and theoretical writings. A recent essay in the inaugural issue of e-flux's Journal takes several fresh and surprising approaches to make the point that the social categories used to define identity suppress individuality. That idea has grown into "The Illegible Signature," the lecture-performance that Raqs will give at the New Museum tonight. Tomorrow, in "The Watches of the Night," Raqs will employ film excerpts, recordings, and readings to illustrate their ideas about time, immeasurability, and darkness. Saturday at 3 p.m. Raqs will be joined by neurosurgeon Dr. Arani Bose and neurologist Dr. Steven Pacia for a conversation on the physical functions of the brain and their connection to dreams and other hard-to-quantify workings of the mind. All three programs are free with admission to the New Museum, and tickets can be reserved here.