These lines are from the first chapter of Looking for Headless, a serial novel that artists Goldin+Senneby commissioned from author K.D. The chapter was originally published as the work of Kate Dent, an employee at the offshore consultancy Sovereign Trust, but Goldin+Senneby retracted their claim about the author's identity after some prodding from Sovereign's lawyers. By chapter three, the legal confrontation had already become part of the story, and the lawyers' communication was just another of the many real-world facts woven into the fabric of the novel.

Goldin+Senneby's project Headless (2007-ongoing) uses the idea of investigating the Bahamas-based company Headless Ltd as the basis for a wide-ranging study of how events are remembered, created, and communicated in the production of narrative. The seedy glamour of offshore finance provides an effective context; it is fertile for plots of mystery and intrigue, and the huge sums of virtual money floating offshore make an apt metaphor for the symbols and ideas that compel people to action and set events in motion. Goldin+Senneby further extend the financial trope by adopting corporate practices to make Headless, outsourcing the project's many texts, events, and performances to specialists. For their exhibition at the Power Plant in Toronto, on view through February 22, Goldin+Senneby commissioned documentary filmmakers to interview an investigative journalist about how to make a documentary about investigating Headless Ltd. They also hired a curator and a set designer to devise a didactic display introducing viewers to the characters of the novel Looking for Headless.

A system as rich and recursive as Headless simultaneously generates both questions and answers to them. In previous interviews the artists have responded to questions about the project exclusively in the form of quotes from its various parts. For the interview below, however, they produced some new statements, perhaps mindful of the opportunity to recycle them in future incarnations of Headless. - Brian Droitcour 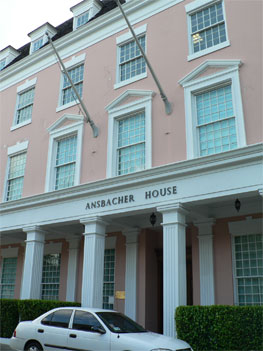 Brian Droitcour: Now that collapsing markets have heightened public awareness of simulation in the financial world, do you feel like your investigation of Headless Ltd has been vindicated?

Goldin+Senneby: The recent financial crisis has not made anything more or less clear regarding our investigation into Headless Ltd, nor regarding our wider research into strategies of withdrawal and displacement.

As for the virtual aspect of money, we have more than five hundred years of history to look back at. We'd like to quote our spokesperson, Angus Cameron, who noted in a lecture at the Power Plant that virtual money emerges in the 1450s, with the development of particularly double-entry bookkeeping.

Another historical moment of some importance to our work could be the year 1957, when money "goes offshore," through the setting up of the first "eurodollar" account (what Brian Rotman calls "xenomoney," or money of the outside) in the Soviet-owned British bank, Moscow Narodny Bank. Again quoting Angus Cameron's lecture:

"This dislocation of money from normal space (or from familiar space) takes place almost by accident in 1957. Faced with a liquidity crisis in the world economy, which is hindering reconstruction in post-war Europe, the Bank of England allows US dollars to be traded in London banks without reference to the Federal Reserve Board. Because of a peculiarity of English law, what no longer happens in the US system, doesn't become British. Because it is no longer considered to be regulated by the US, because it's outside of the reach of the Federal Reserve Board, it goes... nowhere. It leaves regulatory space. Money actually escapes!" 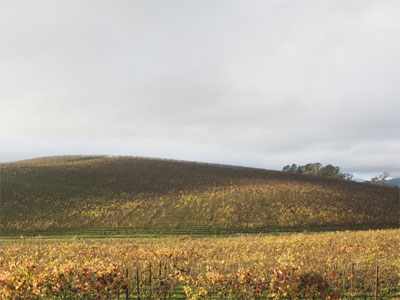 Goldin, you studied management at the Stockholm School of Economics. Has your business education affected the way you have handled group dynamics in Goldin+Senneby projects?

Although we met at art school, both of us had other backgrounds and interests. Senneby worked for several years developing internal marketing strategies for large corporations and Goldin was the editor of a monetary reform journal sponsored by an interest-free, member-owned bank. Goldin's subsequent studies at the Stockholm School of Economics came out of a desire to complement parts of the artistic inquiry.

Looking back at the work we've been doing together over the last four and a half years, it's quite easy to see how these interests and backgrounds have influenced not only our subject matter--such as our interest in juridical, financial and spatial constructs--but also, and more importantly, the way we think of our practice as the staging of certain modes of production. In the case of the ongoing Headless project, our artistic proposal is not the texts, sceneries, objects, images, videos, or live events produced, but the outsourced structuring of this production. G+S's practice thereby attempts to locate itself at the same level of abstraction and displacement as the corporate strategies we are investigating. Similarly, during our work with The Port (2004-2006) in Second Life, it was important to function within the production logic of "social software," which was the context we were confronting at that time.

Your journal Flack Attack, which came out of The Port, was a wiki, with open online editorial meetings. In the grand tradition of artist-initiated journals, it never yielded a second issue. Headless appears to have a more hierarchical structure, with the two of you managing the work of several contractors. Does this shift in the structure of your practice indicate frustration with working in the loose environment of Flack Attack?

Although Flack Attack was conceptualized as a magazine, our interest was never so much in the finished magazine (or its periodical publishing...who knows when the second issue will come?) but rather in the process of producing it.

Flack Attack, which addressed issues of autonomy in relation to social code and specifically community-based production, operated according to the ambiguously liberating "free labor" paradigm. Flack Attack was just as much a critique of/ reflection on our own work with setting up The Port as it was a critique of/ reflection on the more general logic of social softwares.

In Headless we are looking at strategies of withdrawal and displacement--specifically through the procedures and operations of offshore incorporations. Here the milieu is no longer the (contested) openness of a Web 2.0 platform. So, we need to employ other performative tools to stage a meaningful production in this context.

We'd like to quote the writer John Barlow, whom we commission within the Headless project and sent to the Bahamas last year to look for Headless Ltd. In an "Data Recovery" at GAMeC in Bergamo, Italy, he says:

"I'm not the artist here. I'm just the writer. I think that's something which is characteristic of the work of Goldin+Senneby, that they use writers, and artists, and designers like artisans. We're not really artists, we're doing the job which the artists tell us to do. I feel a bit more like a carpenter, or like a painter... You know in the great artistic workshops they would have apprentices who would do the backgrounds to the painting. I feel like one of those young guys doing the background, and then Goldin+Senneby are doing the really detailed work. And in this particular project I know they are using a variety of other people. A book designer, a graphic designer... [pause]. In some ways I'm not quite sure what Goldin+Senneby actually do."

While it's common for artists to enlist the help of assistants or "artisans" (to use Barlow's word) in the production of an artwork, they rarely feature them as prominently as you have chosen to. As Headless developed, did you encourage its various participants to interact or share notes as they completed different modules of the project? Or do you keep them in isolation?

The Power Plant exhibition has three distinct perspectives on the ongoing project, which developed independently of each other: the pedagogical display, the documentary in the making, and the "artist talk." As for the more general question of how we work with our contractors, we'd like to quote an interview by Kim Einarsson with a G+S "spokesperson" in Geist magazine:

Kim Einarsson: An aspect of G+S's working method that I feel is worth commenting on is that they, like businesses, outsource certain parts of their project. They pay others to carry out pieces of research, to be co-creators of the work and sometimes to present the project. I’m thinking of the detective bureau that is helping them to find material about Headless, the ghost writer who plots out the novel, the actor playing the role of the fictional author at the book reading of Looking for Headless and so on, and so on.

Spokesperson: Well, in other art projects, one might pay an editor to edit a film, an assistant to glue your collage and so on. That’s not so very different from this way of working...

KE: But it strikes me that they give other people a lot of space to maneuvre within their project, which in one way of course is generous and allows for many co-creators of the project. But couldn’t it also be a facade, an attempt to conceal fears or laziness - that it’s actually comfortable to let others formulate one’s project?

KE: Is Headless a collaborative project?

SP: Yes, a collaboration between Goldin and Senneby. I see everyone else as a mixture of audience, fellow travellers, external consultants, distributors and expertise.

KE: And what roles do you and I play in this?

SP: It's up to us to formulate ourselves. What role do you believe you will play? For instance, what will you do with the outcome of this interview?” 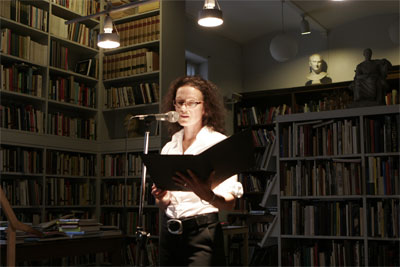 I'm not sure you are concerned with giving closure to Headless, yet when you sent me a copy of the novel Looking for Headless by K.D. you described it as "unfinished," which made me wonder how it will end. Do you or your contractors already have an ending (or endings) in mind?

As characters in the novel Looking for Headless, we can only quote the final words of author K.D. at her public talk at the Bienal de Sao Paulo on November 2, 2008:

"Guimarães Rosa, through his character Riobaldo, says: 'I know I almost don't know anything, but I suspect a lot.'"