Speaking in Code
By Marisa Olson 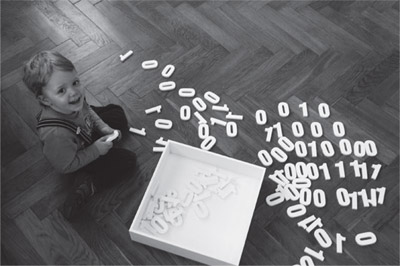 Codemanipulator is a Polish artist whose work revolves entirely around code and the pleasurable binary between the latter as text versus its ability to constitute an image. He makes "coded paintings," interactive installations, and data visualizations that address such topics as architecture, urban planning, and that public space we call the internet. While these themes coalesce around physical models, the work is intended to inquire about the impacts of seemingly immaterial code on creativity and social interaction. In a broader sense, this entails a consideration of the ways in which binary models of thought have further polarized or developed, following the emergence of network culture. For his show at Krakow's Foto-Medium-Art Gallery, entitled "I am code" (open May 9-June 20, 2008), Codemanipulator will present "CodePainting, CodePoetry, CodeMovies, CodeSculpture, CodeArchitecture...CodeEverything." That is, he takes the same sequence of code and explores how different machines and systems--from web browsers to video processors--interpret it differently, manifesting in a variety of forms. Judging from the gallery's photos of the exhibition's opening, the most popular manifestation was an installation of printed tiles resembling large-scale magnetic poetry. Despite the simplicity of these shingles laid out on a table, it was the ability to interact with and manipulate the code--physically and syntactically--that made it so popular. Take this as a reminder of the ongoing importance of playing language games. - Marisa Olson