Do You Know the Way to San Jose?
By Marisa Olson 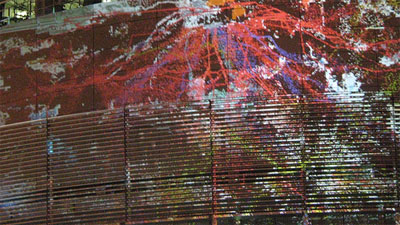 San Jose, California, is an interesting place. Home to a seriously diverse range of people and subcultures, it's best known as the epicenter of Silicon Valley and, as such, has seen a number facelifts with the waxing and waning of the "information economy." But no event changes the look of San Jose quite like 01SJ. On June 4-8, Zero1 will present their second biennial festival, the first of which coincided with the 2006 ISEA festival. Five days may not sound like a long time period, but a quick perusal of the festival's lineup will reveal the extent to which the performances, exhibitions, public installations, screenings, happenings, discussions, and other see-it-to-believe it events will overhaul not only the city's art venues and alternative spaces, but especially its mainstream pavilions, parks, and platforms. The suits won't know what hit them! The team behind 01SJ includes some of the most longstanding champions of new media art and their selections for this year's programs push the envelope and keep a very open mind as to what constitutes new media and where the field is headed. If you're anywhere near the West Coast, consider hotfooting it to this hotbed of creativity. - Marisa Olson