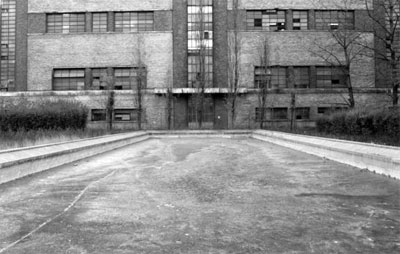 In their 2005 project With Respect to Residue, the Raqs Media Collective printed a theory of residues on disposable placemats, which were then distributed to various restaurants. Defining residue as, "that which never finds its way into the manifest narrative of how something (an object, a person, a state, or a state of being) is produced, or comes into existence," the placemats demanded that diners consider why and how "residues" were left out of history, as they themselves consumed. Raqs Media Collective's latest endeavor, co-curated as a portion of the nomadic biennial Manifesta 7, resides much in the same vein. From July 19th-November 2nd, they will be presenting an exhibition entitled "The Rest of Now" which includes many net art pioneers as well as other artists and non-explicitly artist-practitioners in addressing historic residues in the present tense. Set in an abandoned aluminum factory in Bolzano, Italy, the show works "to see what can be salvaged from the oblivion to which the residues of Modernism are normally consigned." In other words, both the site of the show and the works presented explore the ideas, qualities, and realities that have been swept under the rug in the process of European industrialization. The layers of self-reflexivity are piled high, here. The curators acknowledge that Europe is known for hosting many art spaces sited within old industrial spaces and their show works to juxtapose "remembered industrial energy and a more current melancholia of abandonment" to explore what the cultural embrace (or even coddling) of these spaces means. Their suggestion is that it is "symptomatic of Europe's unwillingness to come to terms with aspects of its own difficult path into, and through, the 20th century." So, in a sense, this show will work to retrace these footsteps of so-called progress, with the almost performative results of "The Rest of Now" coming in the form of a question: "What transpires in the course of a second, closer look at the narrative of progress and the velocity of our times?" - Marisa Olson