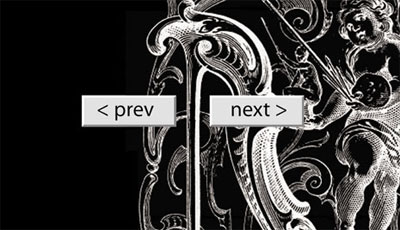 To say that the internet is teeming with data or overflowing with information would be both an understatement and an almost unquantifiable fact, given the ever-shifting shape of the net. But even if the web's state of being is hard to pin down, artist Richard Wright is intrigued by the concrete ways it has contributed to the evolution of communication. In his upcoming exhibition, "How to Talk to Images," at London's HTTP Gallery, the artist presents new work resulting from his residency with HTTP founders Furtherfield.org that continues his exploration into the pictorial history of language. An established film and video artist, as well as a pedigreed new media practitioner and theorist, Wright's show makes a statement about the way that we use images to speak and our new habits of "searching" for, rather than truly seeing visual images. He's created a database of 50,000 random internet images in order to create two works that play with the communicative structure and users' expectations with regard to online searches. The Internet Speaks forces users to skip through the files one at a time, letting the material's statements come to the viewer, rather than allowing them to impose meaning. Meanwhile, The Mimeticon uses the same database but requires viewers to find images not by searching for keywords but by browsing by visual similarities. The latter is positioned as a Baroque search engine, invoking a time of decadent formal experimentation and mechanical development. The show runs July 4th-August 3rd and coincides with the release of a monograph on the artist's work as well as a poster featuring an essay by Wright, illustrated with typefaces marking the evolution of the western alphabet. While his thesis on searching versus seeing implies a new short-term memory on the part of web users, this show promises to be a memorable contribution to conversations about online communication. - Marisa Olson