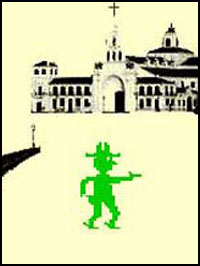 Creative Capital is a New York City-based organization that "acts as a catalyst for the development of adventurous and imaginative ideas" by providing grants to individual artists. The organization is known for its emphasis on innovative art forms and the non-financial ways, such as workshops, it supports artists throughout the grant cycle. In 2008, Creative Capital will fund in the areas of emerging fields (take note, dear readers), innovative literature and performing arts. See below for how each category is defined according to the Creative Capital website:

Emerging Fields may include all forms of digital arts, audio work, multidisciplinary projects and new genres.

Innovative Literature may include poetry, fiction, nonfiction, as well as genre-defying work by writers who demonstrate exceptional stylistic, linguistic, and formal originality.

Applications open on Monday, February 4th. Guidelines, eligibility information can be found on their website

Their most recent grantees have just been announced and include an impressive roster of artists producing non-object based work, primarily video and film.

And, while we're focused on funding, dont forget the Rhizome Commissions, which are open now.

Image from Natalie Bookchin's The Intruder (1999), funded by CC