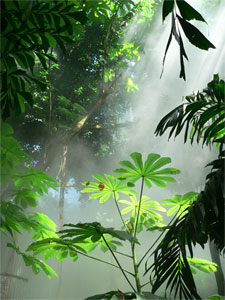 The sixth annual installment of AV Festival, the UK's largest international festival of electronic arts, explores the theme of broadcast in the work of a handful of sound artists, filmmakers and musicians. As color television this year celebrates its 80th anniversary, and China rings in fifty years of television services, broadcasting has clearly passed its period of technological novelty, while nonetheless remaining a fundamental conduit for many of the electronic arts. Departing from this assumption, the festival's program divides time between seminal moments in the history of broadcasting and contemporary practices that endeavor to push its communicative properties. Teesside actor Mark Benton, for example, will helm a re-enactment of Orson Welles' infamous 1938 War of the Worlds recording. The original, broadcast in the run-up to World War II, elicited mass-confusion and paranoia in its listeners, with many mistaking H.G. Wells' fictional account of an alien invasion for an actual Nazi invasion. The populous' susceptibility to the content of radio broadcasting may have changed in the seventy years since, but its sensitivity to globalized terror certainly has not. Among the contemporary projects will be Whispering in the Leaves, a sixteen-speaker installation by acclaimed sound technician and Cabaret Voltaire founding member Chris Watson. Appropriately housed in Sunderland's Winter Gardens, Watson's piece comprises recordings of a Costa Rican rainforest: a "dawn and dusk choruses of a myriad [sic] voices," he describes, "mostly unseen, but heard far and wide through the dense dark greens of the tree canopy." Watson's work mimics the jungle's elision of visibility, offering instead a soundscape so rich with affective resonances as to practically induce synesthesia. Like many of festival's other projects, Whispering in the Leaves elegantly and assuredly channels the transformative- at times, all-consuming - power of audio broadcast. - Tyler Coburn