Over the Long Haul
By Tyler Coburn 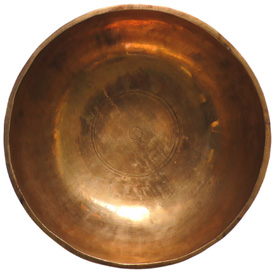 There never seems to be an ideal time to write about Longplayer. The thousand-year long musical composition, conceived by Jem Finer, has been playing for the past eight years and two-hundred and thirty-one days in the lighthouse at Trinity Buoy Wharf, London (as well as via Internet stream and at various listening posts throughout the world) and at the conclusion of its first iteration, on December 31st 2999, is scheduled to begin again. While the project continues Finer's concern with "representing and understanding the fluidity and expansiveness of time," it also, on another level, serves as a vehicle to speculate about the trajectories of society and technology in the coming millennium, given that the continuing performance of Longplayer is entirely reliant upon these forces. A computer currently performs the composition, which comprises five transpositions of a piece of source music, played simultaneously and then at various advancements on Tibetan singing bowls, but Finer and The Longplayer Trust (established to oversee the upkeep of the composition) worry about its ongoing reliability, given "how few technologies have remained viable over the last millennium." Possible future alternatives range from a dedicated global radio frequency to "non-electrical, mechanical and organic implementations" of the composition and, most far-fetched, a small, computational device like ones "used in deep space missions," designed to play Longplayer and disseminated in the thousands, thereby preserving the piece by "adopting the biological strategy of survival by excessive multiplication and reproduction." Thankfully, humans have not been entirely ruled out of the equation, and in September 2009, a handful will perform a 1,000-minute section of the composition on six concentric circles of singing bowls. What form Longplayer will take in the centuries thereafter remains to be seen. - Tyler Coburn