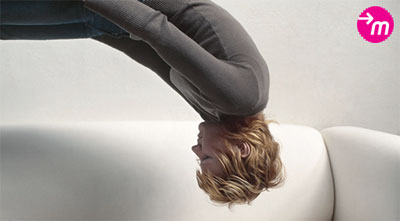 Identity art long predates electronic art. Even among the avant garde, artists were using their work to sort out their personae long before we plugged-in machines to perform our computations. In many ways, this genre hit its heyday in the 1970s, after the emergence of video, and coasted through the '80s and '90s only to take on a stale whiff in the '00s, particularly after 9/11 and the Iraq War upped the ante for artists to look beyond themselves as subjects. So, if nothing else, it is incredibly bold for this year's EMAF (Electronic Media Arts Festival) to take up "Identity" as its theme. Running April 23-27 in Osnabrueck, Germany, the fest will present the work of a wide range of artists in over 300 installations, films, and videos, host two conferences, and act as a platform for a range of student projects by people apparently just learning about identity. All jesting aside, the festival's organizers have succeeded in arguing that a category of artistic practice previously kicked to the academic recycling bin is still alive and operating under new conditions. Afterall, it's no longer just Bruce Nauman and Cindy Sherman pointing cameras at themselves, but every person who maintains an account with social networking sites like Facebook and MySpace. And, of course, the question of digital reality (even digital indexicality) has taken well-cooked debates about the documentary status of reality TV and similar forms to a new level, when aimed at Second Life and machinima. In a statement signed by "The Festival Team," prospective attendees are asked, "How do digital technologies change all areas of private and public life?" Ralf Bendrath's lecture on "Digital Identity" will respond to this weighty inquiry by investigating "the forms and consequences of the increasing capture of private data and their commercial exploitation"- a subject that is perhaps the "money question" of this era. If the smoke of a new identity crisis is on the horizon, this is the fire.- Marisa Olson