Game Music, performed at surfers’ point in Santa Barbara. Music is produced by altering the sounds of the weapons from the 1st person shooter Unreal Tournament 2004. All of the recordings are made by playing the video game. 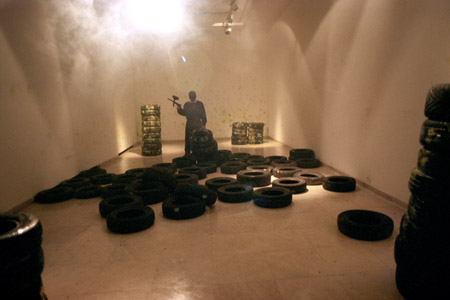 Capture The Artist, 2004, by Vladimir Todorovic. This five day one-on-one paintball tournament against individuals from the audience, was engaged by the artist with the idea to integrate the virtual world of gaming and the various worlds that intertwine within the gallery space.