"1982" (2000) is an installation of light and sound at the subway station Gerdesiaweg/Rotterdam. The existing illumination is transformed into a light organ. The lights respond disco-like to the music playing over the intercom. This music consists of hits from 1982, the year the station was built. The replacement of the entire interior is also the end of this installation, which is meant as an ode to the year of the station’s construction. 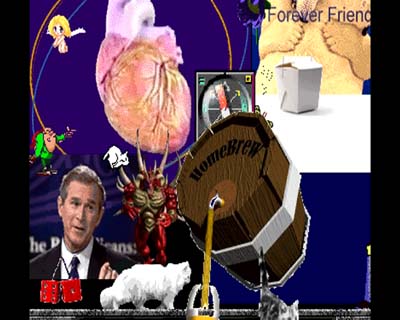 "GIF Museum" (2006) is a pocketmovie for mobile phones constructed from a collection of found GIF’s. Both works by Peter Vink.