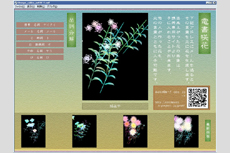 10th Anniversary Session Series: Established on April 1997 to promote dialogue between science and the arts around the core theme of "communication," NTT InterCommunication Center (ICC) is celebrating its 10th anniversary this year. In the past decade, information technology has undergone dramatic change. Above all, penetration of the digital network environment has enabled people to send out or share information beyond the limitations of space. Given these circumstances of today, the significance and possibilities of arts and media technology need to be re-defined in relation to society and culture. To that end, ICC is launching the "10th Anniversary Session Series," which offers various events throughout this year as opportunities for interdisciplinary dialogue on a variety of themes. As the first event of the series, we are holding a special two-day symposium, "The Future of Media and Art" in April (to be boradcast live online).