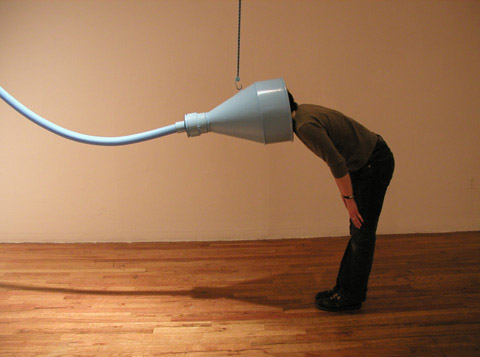 Two pop songs, How deep is your Love by the Bee Gees and Love by John Lennon, are acoustically transmitted through 400 feet of tubing through the museum. The songs emanate from the basement/s defunct boiler unit into a tubing system which follow the existing water and electrical pipes, winding through the hallways and stairwells of the building. The songs eventually emit from a funnel which hangs in the gallery space two floors above, leaking sound at points along the route. 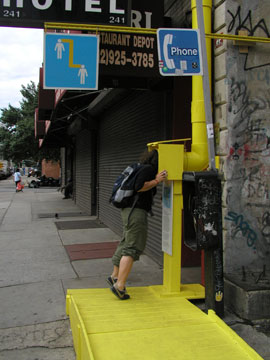 "Can You Hear Me?" is a functional alternative telephone. It uses PVC pipe and mirrors to make an aural and visual communication link from the second floor lobby of the Sunshine Hotel, to the street below. Passers-by on the street can call up through the tube and be heard in the Sunshine's communal lobby area. Both projects by Julianne Swartz.