The group of projects featured at the old Polish Emabssy on Unter den Liden, I believe comprises the strongest set of works of sonambiente. [....]

In a small dark room, lit only by small green LEDs that spotlight several digital screens mounted on the walls, Nic Collins has brought wreckage upon several cheap, noisy, hand held electronic games, the sort that are abundant in China Town. Collins tears away the plastic housing, manipulates the electronics, cables the screens so that they may be featured on the walls at an angle. The dancing cubes of the screens are lit by small LEDs that create a shadow play behind the screen. These screens are only connected to their brains by alligator clamps. Heaped in one corner of the room are all the electronics, the plastic housing and a blurbing speaker. Cheap, low-tech and messy, Collins transforms these repetitive, uninteresting, time-killing gadgets into an alluring installation - "no part of an eviscerated toy goes to waste." 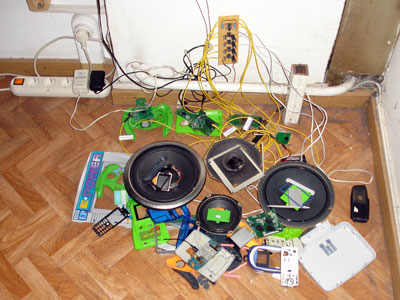 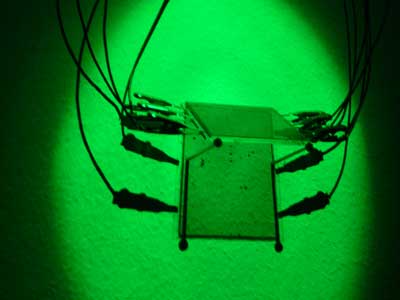 Achim Wollscheid has animated the second story windows facing the tourist filled Unter din Liden as they open and close according to the movement of the viewers in the second story corridor. " A program traslates the data gained by motion tracking into a correlative action of the mororized window openers." 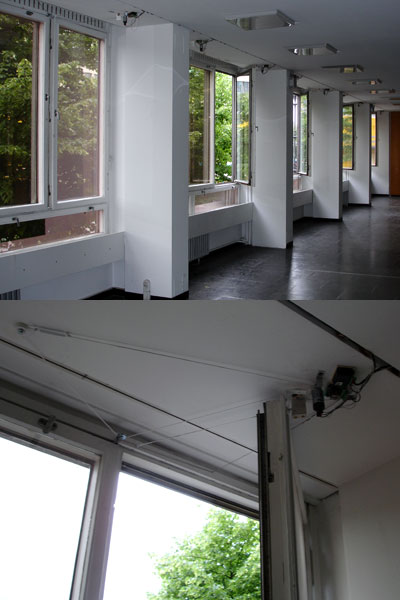 Both the larger GP4 (Global Player 04) and it's much smaller sibling GPod are on display transmitting the sounds of the Earth. Jens Brand has made audible the real-time data of over 1500 satellites so that you may listen to the Earth in the comfort of your home or now with GPod while you are on your way to work or jogging. The GPod displays 3D model of the Earth, along with the coordinates tracked by the satellite that you select. You may listen to the low rumble of canyons or the high pitch of mountain peaks. Anything may be converted to data, mapped and computationally manipulated, the end result is left to the producer's imagination. 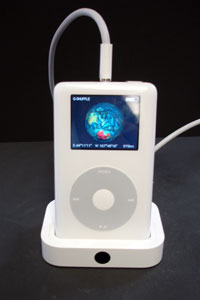 Another personal highlight of this festival is my discovery of Joanna Dudley, an extraordinary, multi-talented and powerful artist. I write this not so much because of her installation at the old Polish Embassy, which I did enjoy, but moreso due to further research into her work and the concepts and approaches described in her more theatrical exploits, so please have a look at her site! I haven't seen her perform, so I might be mistaken, but based on the documentation the work seems very exciting.

The installation "Tom's Song" (2006) is quite stirring for several reasons, the music is beautiful, the story behind the music is heart warming, it is technically involved and it is all analog! At the core of the installation is a song, "It's June in January" sung by an older man Tom who also plays the ukulele as he sings. The floor of the installation is covered by portable LP players, each LP player is an individual element of an orchestra assemble to accompany Tom singing his song. From the ceiling hang music boxes that play paper scores to also accompany Tom. Full description 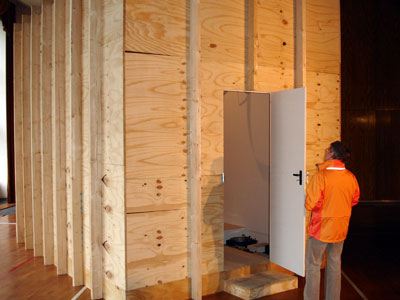 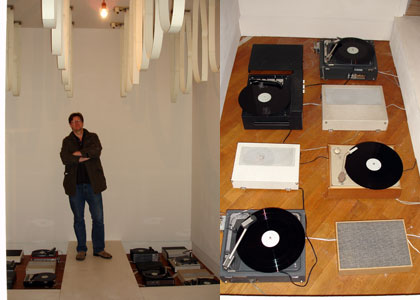 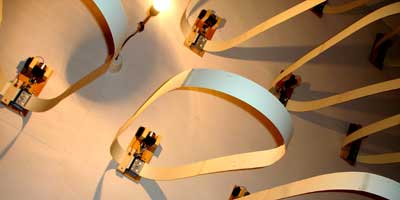