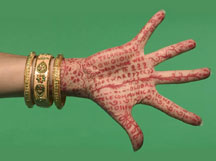 Ying Zhou's Dance Diary utilizes blogging as a tool for soliciting feedback about her dances, especially from people who are far away. "Some of the diary entries are developed into theater work based on the viewer's input. I am living in Seattle and people from China and other countries in Asia are visiting my dance diary. I truly think this kind of reach and interaction with viewers is unique to internet. Living Seattle, I was highly influenced by the local dancer audience, predominantly white and middle class. It is quite limiting. My first work coming out of the dance diary was developed mostly under encouragement by comments from China. Among the entries, a lot of people said they liked the particular one. So I went ahead to develop it into a fuller solo. It now has been shown around Seattle theaters.

I spend a lot of time surfing the dance blogs and online dances. I have to agree with one of the postings on your site that very few of the dances online are created for the internet. I think my project is one of the few that are meant for the internet, meant to explore how technology changes my way of interacting with the viewers through my art."