Douglas Irving Repetto at Location One
By tom moody 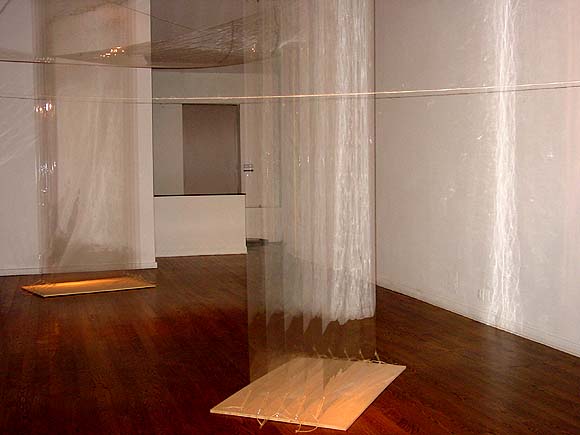 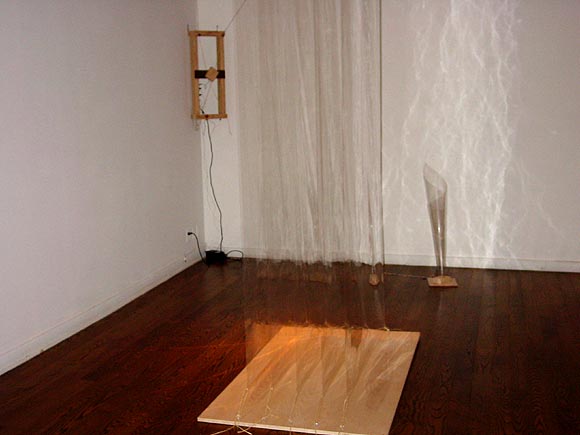 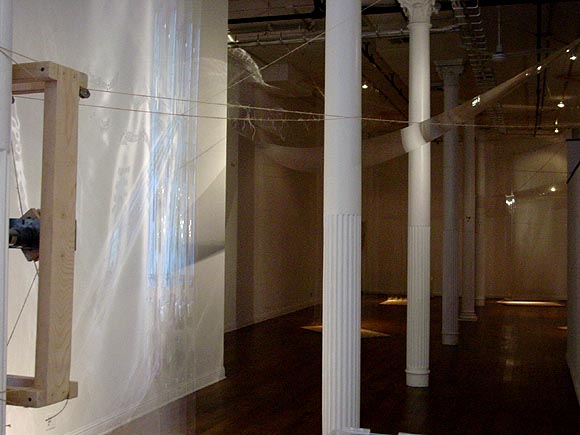 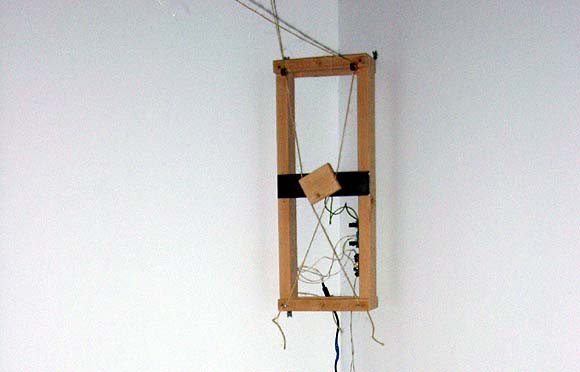 My photos from Douglas Irving Repetto's show at Location One, 26 Greene St., NYC; the exhibit will be open one more day (tomorrow, Saturday, November 26). Microphones at the bases of mylar cones pick up room sounds, which trigger sensors causing the wooden cams to turn, making twine move on pulleys stretched across the room (think Fred Sandback meets Cronenberg's Spider), which in turn jiggle vertical sheets of mylar, making abstract reflections on the wall shimmer ever so slightly. As the press release describes it, "the piece 'breathes' in sympathy with the ambient sounds in the gallery, rippling and reflecting light when there is a sound and resting, invisible, when there is silence. Because of the transparency of the mylar strips, the effect is subtle and eerie, a gossamer membrane that functions as acoustic barometer, making visible sonic phenomena that are often heard, but rarely seen." The effect is not as dramatic as we're used to in this age of pyrotechnic insanitaria, but I believe that's the point.